Blaze Bayley and his touring band, Absolva members Chris Appleton, Karl Schramm and Martin McNee, stormed into London on Saturday night to play the 64th gig of their mammoth European tour in support of new album ‘Infinite Entanglement’ and put on an absolutely magnificent performance. 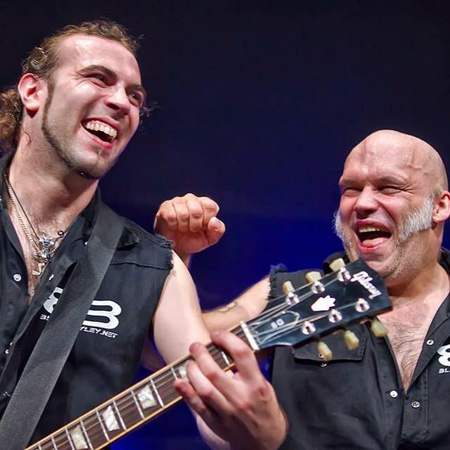 Blaze has been an independent solo artist for a long time now, seventeen years in fact, and he’s released seven albums in that time plus several live releases as well as embarking on the occasional outing with the thankfully reformed Wolfsbane. He’s constantly referred to as “former Iron Maiden singer” but he’s much, much more than that.

He’s his own unique entity who forges his own path without large record company backing or big time management and he puts on one hell of a show that spans his whole career. We interviewed Blaze before the gig and it’s a very candid and enthralling interview in which he talks of situations that have never been mentioned before now. Click here to watch the interview.

There’s not a single sign of metal fatigue as the band take to the Underworld stage after an impressive jaunt around Europe and they are clearly in their element here as they start off with the title track of ‘Infinite Entanglement’ which is a real hooky number that I’ve been playing solidly since Saturday night.

Then it’s straight into ‘A Thousand Years’ which does slightly remind of Maiden’s 90s era with it’s rousing chorus. This song is a real winner and deserves much more exposure than it is currently getting, as does the whole album. The opening line: “Tough times never last but people always do…” could be biographical when you consider Blaze’s life.

We’ve got a real quality sound tonight and a real quality setlist and predictably it’s the Iron Maiden numbers that get the biggest reception with ‘Furureal’ sandwiched between the second and third tracks of ‘Infinite…’ Whatever you think of Blaze’s time in Iron Maiden, they did some seriously good songs which you rarely hear these days and I’ll jump way ahead to ‘Como Estais Amigos’ as a perfect example of this. 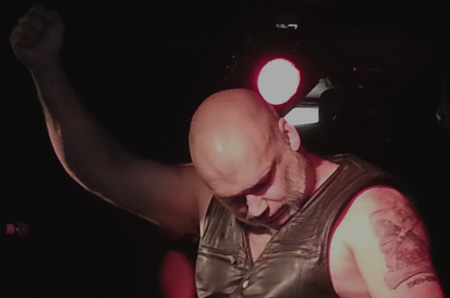 But as mentioned, he’s much more than the former singer of Maiden and ‘Kill And Destroy’ from Blaze’s 2002 album ‘The Tenth Dimension’ shows his versatility, as do ‘Identity’ and ‘Stare At The Sun’ from 2000s ‘Silicon Messiah’ with ‘Calling You Home’ from ‘Infinite…’ slotting in nicely between them.

It’s a very cleverly chosen setlist, designed to showcase the new album but not overload fans with it. Blaze knows his audience and what they want to hear and as well as keeping the crowd happy all through this spot-on ninety minute set the band all play with a huge smile on their faces which is really nice to see.

He’s a different Blaze now to previous incarnations as he’s older and wiser and knows exactly where he’s been and he speaks to the crowd with a sincerity and appreciation that you rarely see. In fact, he’s so modest and gracious that he never even told us it was his birthday the following day. If he had, this audience would have erupted, for sure. 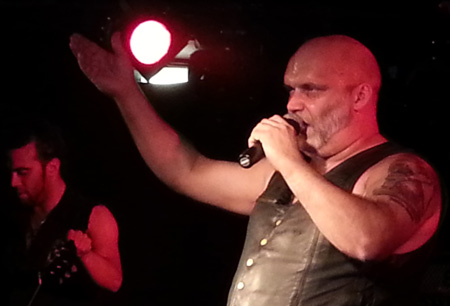 They certainly erupted when ‘Virus’ kicked in and the shoutalong chorus must have been heard half way down the street. The same can be said for ‘Ghost In The Machine’, also from ‘Silicon Messiah’ and the title track of that very same album, which is probably Blaze’s most well known album from his solo days.

We finally got a Wolfsbane number as the last but one track and what a cracker it was too. It still amazes me the way Blaze pulls off those difficult vocal parts and he had the whole crowd enthralled with this one tonight before ending the set with ‘Fear Of The Dark’, which was a surprise as Blaze didn’t sing the original but what a joy it was to hear.

Guitarist Chris Appleton showed off his immense skills by switching from underhand to overhand style in super fast time and it was ultra impressive to watch, but he and bassist Karl Schramm took it all one step further by jointly playing the chords on each other’s instruments while still left-handing their own. Once again – super impressive. 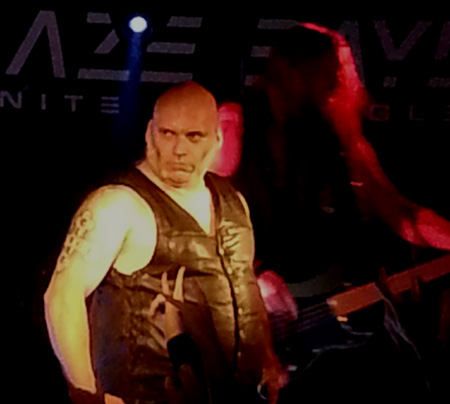 Blaze introduced Chris as “the best Heavy Metal guitarist in Europe”, Karl as “one of the best Heavy Metal bassists in the world” and drummer Martin McNee as “one of the best powerhouse drummers around” and you just can’t disagree with that at all. Iron Maiden have been a three guitar band for some time now but Blaze only needs one. If you haven’t discovered Absolva yet, you’ll find plenty to listen to on YouTube and it is well worth your while to do so.

‘Man On The Edge’ was as rousing as it always is; it’s another example of one of the truly cracking songs that Maiden did when Blaze was in the band while the aforementioned ‘Como…’ is almost the definitive song from this era. The set closed out on one of the last songs from ‘Infinite…’, ‘Dark Energy 256’, which is a really good way to send the fans home happy and the band off in a blaze of glory.

And from where I was standing, everyone was happy and so they should have been after this varied, interesting and upbeat set. Blaze has got an enormous amount to offer today’s Metal scene and he absolutely deserves your support. He’s got a terrific catalog, an amazing backing band and a big future as well. I’ll say it once more – he’s a lot more than the former Iron Maiden singer. 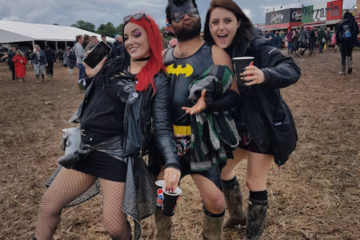