Frost are an unconventional outfit in the band sense of the world. Formed in 2004 by Jem Godfrey, who was better known for his pop producer and song writing work, he went back to his roots and put together a kind of prog rock supergroup including John Mitchell (then of Arena, also known now for work with It Bites and his Lonely Robot project).

Frost’s debut album ‘Milliontown’ immediately put them on the prog rock map but in the intervening years the band has broken up twice and changed personnel in between only releasing one more studio album and doing some sporadic touring.

Now they are back once more with a line-up reuniting Godfrey and Mitchell and adding bass player Nathan King from Level 42 and drummer Craig Blundell best known for his work with Steven Wilson. Of course this line-up has been together since 2010 but as I mentioned before Frost are not a conventional band so it’s taken this long to get an album out of them. It’s a testament to how influential that ‘Milliontown’ debut was that this is a much anticipated release in the prog world despite the slow tortuous route taken to get to this third instalment of Frost.

‘Falling Satellites’ does of course have a theme (hey it’s prog rock man!) and it’s about celebrating the sheer chance and triumph against unlikely odds that result in a life lived from conception to old age. Plenty of scope then to cover a lot of ground on such a big subject and a huge blank canvas to create on.

When I look at the background of Godfrey and Mitchell and see that there are players here with experience in bands like Level 42 and It Bites I expect the sound to have a modern prog sound, technically excellent but with a modern mellow vibe to it. The kind of prog where the guitar is not an instrument of attack but part of a soundscape and large parts of ‘Falling Satellites’ do indeed match that description. ‘Numbers’ is a high energy opener and unmistakeably a modern almost poppy take on the genre while still being full of superb playing and ambition.

‘Towerblock’ takes the modern edge a step further with what I believe to be some dubstep sections among all the stop start technicalities of the tune (I won’t pretend to know much about dubstep!) but ‘Signs’ is more conventional in style with a build up into a powerful latter half with an edge but huge swathes of keyboards and harmonies retaining that melodic edge they like to have. ‘Lights Out’ is a beautifully mellow pop song complete with additional female vocals and a lovely restrained way to bring the first half of the album to a close.

The reason the album is described as being in two halves is because of course the last six songs are a suite under the title of ‘Sunlight’. Starting in high energy mode ‘Heartstrings’ is a powerful tune, driven along by some pounding drums and bubbling bass lines and I particularly like the variety and quality of the keyboards and synths here.

‘Closer To The Sun’ is a more mellow affair but includes a fantastic guitar solo. The press info I got with my copy lets me know that Joe Satriani guests on this suite of songs so is this he or is it John Mitchell showing the fire and quality he has when he breaks out? Have a listen and make up your own mind.

‘The Raging Of The Dying Of The Light Blues In 7/8’ actually sounds exactly what the title makes you think it would, Frost doing proggy blues although to be fair there is a lot more prog than blues in there. ‘Nice Day For It’ continues the vibe without the blues edge leaving ‘Hypoventilate and ‘Last Day’ to close out the album on a mellow note and presumably signal the end of a lucky life well lived given the album’s theme.

Frost have done it again for me. They have created a challenging, modern twenty first century prog album with a few nods to the past but mostly with an eye on the future and my goodness being progressive. Like all good prog rock albums there is a lot of depth to the ideas and the execution of the songs which will take some time to unravel but even on the first few listens you can hear that these guys don’t just play well, they can write songs too. It’s essential that any fan of modern prog has a listen to this album.

PAVLOV'S DOG: Gig Of The Week 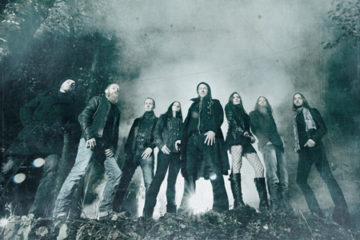