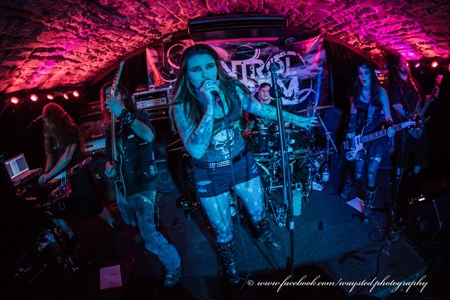 It’s a rainy Monday night in Edinburgh and the atmosphere in The Underworld, the cave-like venue part of Bannerman’s Bar isn’t exactly jumping when Bournemouth rockers Metaprism hit the stage. Sometimes when you’re on tour you don’t get the size of audience you might want but the show must go on and undaunted, the melodic Metal six piece band don’t let that slow them down.

Metaprism’s take on Metal is soon evident. They like things fast paced and intense with maximum riffery from guitarists Ollie Roberts and Callum Downing interspersed with the occasional high-tech guitar solo and some tricky almost prog Metal rhythms.

Vocally they use a dual front person set up with Jut Tabor providing the growling and grunting but also singing in a traditional ‘clean’ style alongside the strong but more mellow tones of Theresa Smith.

I have heard this pairing of singer styles described as a beauty and the beast approach which I must say is less than kind to Mr Tabor but it does set them a bit apart from other bands with similar melodic Metal leanings.

The musicians in the band were happy just to stay in their area of the small stage and play their way through a selection of interesting songs, mostly from their album ‘The Human Encryption’. This left the stage free for the singers to show their stuff and they certainly put the work in.

Tabor worked hard on creating an atmosphere while his vocal accomplice was more low key but looked every inch the rock star including having a cool Lara Croft style holster she kept her microphone in. I also like the way Ms Smith just developed a bigger and bigger smile as the set went on. She obviously loves being up on stage.

I think the way the band is set up those vocals are what they will ultimately be judged on, and they are in pretty good shape there. The grunting, growling stuff is well done but there are a million bands out there doing that now so the strong feminine vocals and the ability for ‘clean’ harmonies are what made the difference and stuck in my mind afterwards. 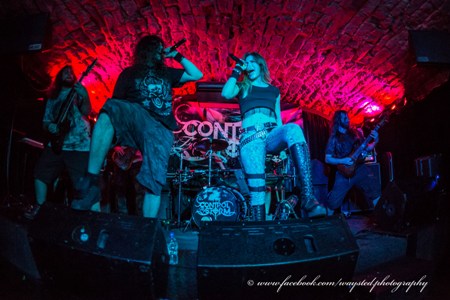 They have some strong songs too but the set was maybe a little one paced and a little more variety would have been nice. Definitely a band I am glad I managed to check out and will look forward to seeing again.

The female fronted symphonic/melodic Metal scene is a fully formed sub-genre in continental Europe but is still only making slow inroads into the UK. While the likes of Nightwish, Within Temptation, Epica and Delain can play to good size crowds it has proved difficult for home grown bands buying into this kind of music to make an impact.

Bristol’s Control The Storm have been working hard to try and change that with their debut album ‘Beast Inside’ released earlier this year and a touring schedule which now sees them spreading the word nationwide.

Another six piece band, they are full of energy and attitude with a sprinkling of mischief which the small Bannerman’s stage struggles to contain.

Singer Kate Norris takes her tattoos as seriously as her vocals and is a steady yet intense presence in the middle while guitarist Patrick Sanders bounces around on one side of her and bass player Becky Baldwin makes the most of that distinctive thwang sound that comes from a well played Rickenbacker while trying not to decapitate Kate and other guitarist Rich Shillitoe who is pinned in the corner. 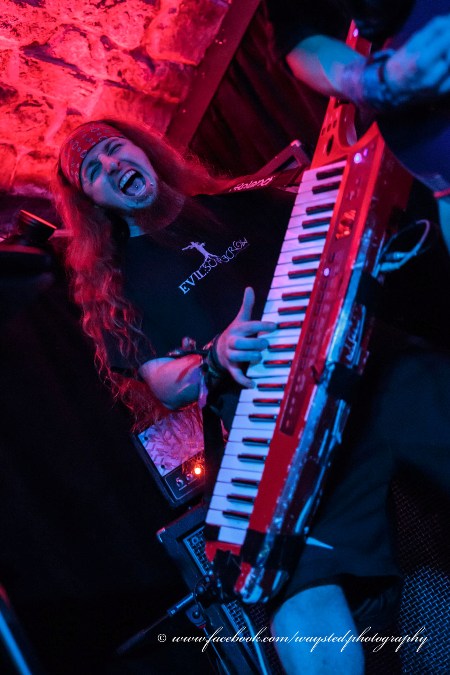 Drummer Nathan Hutchins keeps everything together while keyboard player Raedon Mac makes some remarkably large symphonic style sounds from the keyboard hung around his neck while barely containing himself from leaping out of his respective corner.

Musically this is 100% a Metal band who like to blast away full tilt, throwing everything at the audience at once sometimes, which can be a joy but also means you lose some of the detail that’s going on. I enjoyed it even more when the songs left space for the band’s talents for vocal harmonies, strong melodic guitar solos and thuddingly beautiful bass runs to shine through.

Most of the set is obviously taken from the promising ‘Beast Inside’ album and the highlights for me were the melodic hooks and interesting use of growling vocals from Raedon Mac juxtaposed to the pretty melodies from Kate during ‘Hysteric Silence’ and the big, ballsy Metal/ballad hybrid that is ‘Stronger’.

They threw in a couple of covers too. Their version of Devon Townsend’s ‘Hyperdrive’ was a lot of bouncy Metal fun although I thought it was challenging to try to match the superb vocals from Anneke van Giersbergen on the original. 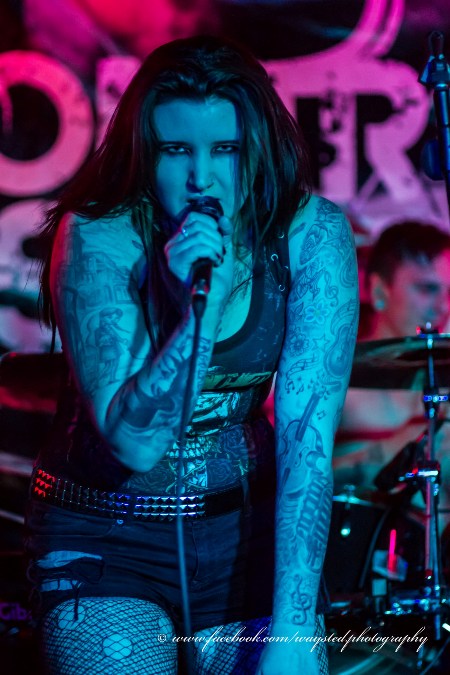 More surprising was a version of Madonna’s ‘Frozen’. However the truth is that this is that rare thing, an excellent, atmospheric tune from Madge and the Metalled up version played here worked very well.

Returning to the debut album, ‘Twisted Truth’ and the supercharged double bass drum rifferama of the title track from ‘Beast Inside’ finished the evening on a fun but intense note.

Headlining your first ever show in Scotland was maybe an ambition too far but despite the disappointing attendance both bands made the most of the evening and Control The Storm in particular displayed a sense of fun along with some impressive musical credentials to make the most of the experience.

I am sure the next time both bands come north of the border word will have spread and there will be a larger crowd to enjoy them.