If you are familiar with Ayreon at all, you will already know that Arjen Lucassen does not really do things on a small scale.

Thankfully, ‘Transitus’ finds that nothing has changed on that score.

Ayreon will release the new album ‘Transitus’ 25 September, via Music Theories Recordings and MetalTalk have spoken with Arjen Lucassen, to find out more about this project and his plans for it’s future.

‘Transitus’ is the ill-fated story of two lovers, Abby and Daniel, played by Oceans Of Slumber’s Cammie Gilbert and Kamelot’s Tommy Karevik, who put in career defining performances. The piece is narrated by former Doctor Who Tom Baker.

The big difference with this album is that Lucassen has removed Ayreon from the well known ‘Ayreon Universe’ and we find the ‘Transitus’ story set in three different timescales – the late 19th Century, the modern world and ‘Transitus’, which is the realm between Heaven and Hell. 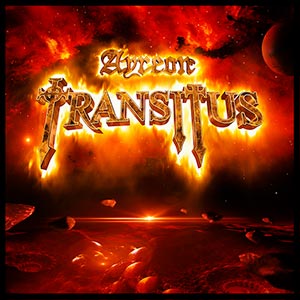 More than any previous Ayreon album, ‘Transistus’ sounds like an original cast recording from a theatre musical. The depth of this album cannot be overstated – it is quite simple an orgasm for the ears.

Never one to rest on his laurels, Lucassen has stretched himself with ‘Transitus’ and the results are simply staggering.

Former Twisted Sister frontman Dee Snider puts in a wonderful appearance as Daniel’s father, laying down the law in a way that only he could, while guitar wizard Joe Satriani also pops up to lay down one of his blistering guitar solos at the end of one track.

MetalTalk: Congratulations on ‘Transitus’. The word ‘epic’ doesn’t seem to do the album justice.

How long did it take you from concept to completion?

“About three years. But in those three years we also did the live shows and I mixed the live CD/DVD’s.
“But yeah, this is the longest I ever worked on an album.”
How did you come to choose Tommy Karevik (Kamelot) and Cammie Gilbert (Oceans Of Slumber), who I believe both give career defining performances, to play the parts of Daniel and Abby?

“I agree, they did an amazing job!

“Well, Transitus is planned to become a movie, so I needed singers who could also act in the movie.

“Both Tommy and Cammie are beautiful and talented people who have experience in acting. And this goes for the whole cast that I chose.”

Also, securing the services of Tom Baker as the narrator was a major coup for ‘Transitus’, how did that come about?

“I contacted a voice agency online and after many negotiations we agreed on a price.

“Then they offered it to Tom and he loved it! He put a lot of himself in the role.

“Meeting and recording him was one of the best days in my life. I was a huge fan of Doctor Who in the 70’s, I saw every episode.”

Lucassen has just released the fourth film from the album, ‘Talk Of The Town’ and you can hear Baker in action.

He tells us: “Here’s the 4th and final lyric (behind-the-scenes) video before the release of Transitus next week: Talk of the Town.

“I think this is the most Ayreon-ish track on the album. It features Tom Baker, Paul Manzi, Tommy Karevik and Cammie Gilbert on vocals, and the fantastic instrumentalists Juan van Emmerloot, Joost van den Broek, Patty Gurdy, Jeroen Goossens and Ben Mathot.

“Oh yeah… and some tall beardy dude provides the comic relief! Hope you enjoy it!

‘’Transitus’, more so than any other album in the Ayreon cannon, sounds like the full cast recording of a stage musical. I say that with the utmost respect.

I am also aware how expensive it is to put on a stage musical, BUT I definitely believe that ‘Transitus’ would be perfect for the West End stage. Is this something you have considered?

“Oh yes, that would be awesome! But now that the album is out I first I want to work on the movie. That won’t be easy, it’s very expensive to make a movie of course.

“Hopefully the stage production will be next! When this pandemic is finally over of course.”

I was fortunate enough to review your ‘Electric Castle Live And Other Tales’ album and i commented in the review that it was THE best mixed live album i had ever heard.

“Wow… thanks for the big compliment… Yes, I’m very proud of it myself. It was easy, because all the musicians did such an amazing job!”

I read that you said the task of putting an Ayreon live show together is VERY time consuming.

Given the reaction you got from those ‘Electric Castle…’ shows, it must have seemed worth all the effort you put in to the project?

“Totally! And luckily we have a great production team who can organize this, I could never do that myself.

“Especially Joost van den Broek, who made a lot of my dreams come true.”

If i am correct, you were working on ‘Transitus’ at the same time you were completing the mix on the ‘Electric Castle Live And Other Tales’ album and dvd?

How did you manage to split your time between these two projects?

“It was no problem, I think it was even a good thing. Each time I went back to working on Transitus I could hear it with ‘fresh’ ears.

“I could be more objective because in between I was working on the live DVD as well.”

Has this global pandemic and lockdown affected the ‘Transitus’ project in any way, and how did you cope personally with the lockdown?

“Personally I don’t even notice it… I’m such a recluse, I’ve been in lockdown for the last 30 years!

“But I’m afraid the movie plans will have to wait a while. Of course it’s very hard to shoot a movie at the time.

“The album recordings were all finished luckily before the pandemic started.”

So what is next for yourself and Ayreon?

“I definitely need a break from Ayreon now! Although I’m thinking of remixing the Universal Migrator albums for a new release.

“As a reaction to Transitus, I would also like to do a heavier album, possible a third Star One album. I hope the inspiration will come soon!”

Given your exhaustive work schedule, where do you find the time to relax and re-charge your batteries and what do you do to relax?

“The only way to relax for me is when I’m being creative.

“In the evening I do like watching a good movie or TV series though.

“But holidays are not for me… haven’t been on vacation in the last 25 years.”

Finally I would like to thank you personally for releasing two magnificent Ayreon albums in 2020.

I would also like to thank you again for taking the time out of your busy schedule to talk to MetalTalk. Is there anything else you would like to say to our readers?

“I’d say more of a Rock musical than a rock opera.

“I hope you all will like it anyway, thanks in advance for your interest in my music!”

‘Transitus’ is everything you’ve come to expect from Ayreon and so much more besides.

I think I am safe in saying this – I very much doubt you will hear another album that has a song sung by a stone garden soldier that has come to life!!

But, for ‘Transitus’, the story is great, the songs are great and the performances are all top drawer.

I truly believe that this album is the pinnacle of Arjen Lucassen’s many achievements.

The Sunday Supplement / The Incredible story of The Hollywood Stars 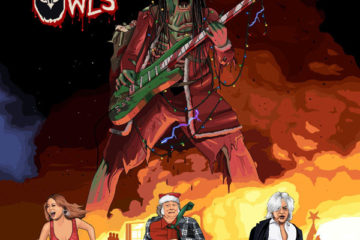