Weapon. Is Danny hiding a bomb under that hat..?

Four spectators, there so see the Olympic torch’s arrival in London today (Saturday 21st July 2012) had their day ruined by over zealous and ignorant security officials when one of their party was ordered to cover up or remove a Weapon t-shirt that she was wearing.

Weapon are one of the longest established Metal bands in the country and have been playing inoffensive rock music to a captive audience since the 80s. It is highly unlikely that they are a subversive movement who are out to disrupt the establishment or promote terrorism in any way.

The security set-up at the Olympics has received a lot of bad publicity this last few days but this incident confirms that the Olympic staff recruiters and the police force really have paid peanuts and got monkeys.

“How’s this for fucking crazy – a young girl and friends go off to see the Olympic torch go through their Borough and after waiting for a couple of hours a steward comes over and ask one of the girls to a tent (all four girls went) where several police officers are waiting.

“The girl is asked, ‘what does the writing on your t-shirt mean?’ and she says its a rock n’ roll band’s name (Weapon). She is then told she will have to remove or cover it up as it might upset other people as it advertises weapons.

“This is happening as the Army are standing around with guns etc. Now we have all heard of crazy advertising laws surrounding the Olympics, i.e. you can’t sell chips on their own at venues as McDonalds has sponorship and also if you wear anything with Pepsi on it you will be asked to remove it or you won’t get in as Coca Cola have paid huge amounts also, but a t-shirt with a band’s name. Jeez.

“So anyone going to the Olympics, make sure you check and have the right dress code and cheers for spoiling four young girls’ day out. Wankers!”

Also today, a policeman on a motorbike made a name for himself by entertaining the waiting crowds with a spot of break dancing. Nero fiddling while Rome burns or PC Harwood celebrating not being prosecuted in the Ian Tomlinson case?

Either way, banning Weapon t-shirts is totally against the Olympic spirit and just shows up Olympic security as brainless and moronic and demonstrates the potential they have to totally ruin what should be a great occasion in what should be a free nation.

Sinner's Blood introduce themselves with 'Kill Or Die'

Weapon UK: ‘Rising From The Ashes’ 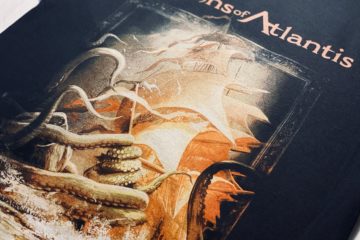