Although negotiations are as yet in the very early stages, it is understood that talks have taken place with a view to re-forming Helloween’s classic ‘Keeper Of The Seven Keys’ line up of Michael Kiske on vocals, Kai Hansen on guitar along with long term band members guitarist Michael Weikath and bassist Marcus Grosskopf. 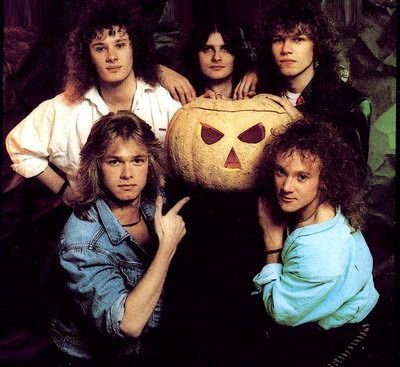 Drummer Ingo Schwichtenberg tragically took his own life in 1995 so current Helloween drummer Daniel Löble will probably retain his position in the band.

The possible re-union is not planned to take place until 2015 and the current line-up of Helloween are in the studio with producer Charlie Bauerfeind recording an as yet untitled new album.

Michael Weikath said: “Right now we are busy with finalizing the songwriting process and are getting ready to take the accumulated ideas into a final selection for the new record. Everybody in the band is excited and eager to take what we have worked on so far to the next level.”

Check out MetalTalk.net’s exclusive interview with Kai Hansen in Sao Paulo this weekend by clicking here…

Previous article
A MYTH + A HERO = UNISONIC: EXCLUSIVE KAI HANSEN INTERVIEW PLUS UNISONIC LIVE IN SAO PAULO, MAY 18th 2012
Next article
IRON MAIDEN ‘NUMBER OF THE BEAST’ VOTED BEST BRITISH ALBUM OF THE PAST 60 YEARS