May 18th 2012 is a day that many will never forget. It’s also the day that a whole generation (including me) had been waiting for 20 years. THE MYTH was among us poor Brazilian mortals. Ok, it’s a myth we created, but it’s our myth. 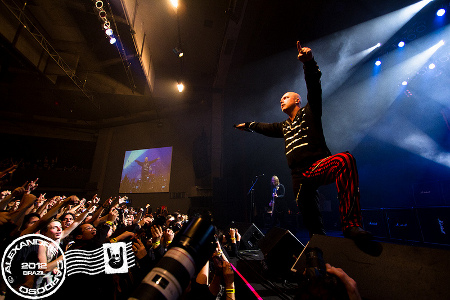 Once upon a time there was this 18-year-old kid who recorded one of the most amazing Heavy Metal albums of all time (Keeper Of The Seven Keys), which was exhaustively played in our record players, cassette players, walkmen, then on CDs and most recently in MP3s and iPods. And then he was taken from us. My generation had never had the opportunity to see him live. We’ve always dreamed of this possibility but that was it for us: a dream, nothing more than a dream. And then that’s how THE MYTH was born.

Yes, I’m talking about Michael Kiske. Earlier on the day, I talked with Kai Hansen and I asked him if he was aware of the pressure they were under? He seemed quite surprised with my question, but then he understood what I meant. I think he had never thought about how we felt about the whole thing and I also think that from that moment on he started to think differently about it.

Interview by Fernando Souza, Filmed and Edited by Alexandre Cardoso

Kai himself is considered a hero in Brazilian lands and he knows it, but he is so used to it that for him it seems natural. For Kiske no, he’d been offstage too long.

There’s a funny fact I have to share with you. On that morning, I was wandering along ‘Avenida Paulista’ (most important avenue in São Paulo) when I got a text from my friend Alex which read: “He is already among us.” And you know which song was playing in my iPod on that particular moment? Well, it was ‘Never Too Late’ by Unisonic. How cool is that? It’s never too late for you Kiske and it never will be! 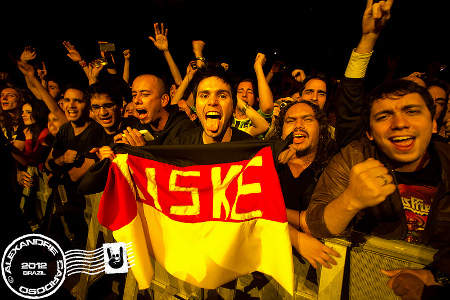 Anyway, the gig started with Wagner’s ‘Rise Of The Valkyries’ (most famous for being in the movie ‘Apocalypse Now’) as the intro. Not very long after it the band hit the stage and started another different intro moments before they fired up the first chords of ‘Unisonic’. At that time Kiske had not hit the stage yet.

When he finally entered, the crowd went nuts. Wow! What a reception! At that very moment I thought to myself: “He’s going to lose it!” My good friend Renato Tribuzy was next to me and we both looked at each other with our mouths open. We could not believe it! Our teenage dream was becoming a reality! ‘Never Too Late’ came right after it.

‘Renegade’, one of my favourites, came next the sequence and ‘King For A Day’, ‘I’ve Tried’ and ‘My Sanctuary’ followed. In between songs the chant of “Olé, Olé, Olé, Olé, Kis-ke, Kis-ke” was sung in unison. My prediction was right! He was losing it.

You could see in his eyes, which were wide open! He could not believe what he was hearing or what his eyes were seeing. On top of that somebody threw a German flag on stage. He picked it up and KISKE was written on it. Once again the crowd chanted: “KISKE!, KISKE!, KISKE!”.

And that was it; from that moment on he lost it! He announced ‘March Of Time’, the first Helloween classic of the night and the venue was already boiling!

While the guitars were duelling during the beginning of the song, Kiske went down the stage and got closer to us. He wanted to feel our heat. Pity that some stupid security guards didn’t allow him to stay there very long.

‘Over The Rainbow’ and the beautiful ‘Star Ride’ followed and Kiske amazed us one more time with his amazing technical skills. Dennis Ward and Kai Hansen did some very nice backing vocals on this song, as you can see here.

Then the boring part came (sorry! I’m not very keen on solos of any kind in the middle of gigs; I simply think they are a bucket of cold water on our heads!). Anyway, Kai and Mandy did their solos and quickly afterwards the band started to play ‘Souls Alive’. This song is one of those automatic classics, if you know what I mean. 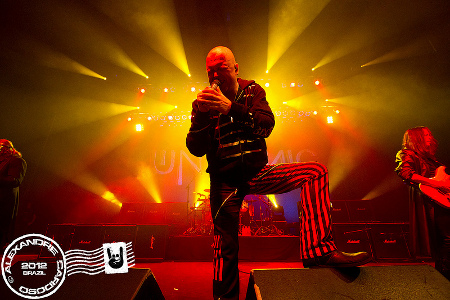 In the middle of ‘Souls Alive’ someone threw a picture book of Elvis on stage. Everybody knows how crazy for Elvis Kiske is. Kiske went nuts! He was excited and surprised at the same time and he didn’t know what to do. He asked Kai to play a ‘D’ chord, which he did. After it, we had the pleasure to listen to Kiske singing an Elvis song a-cappella. What a nice gift!

When he finished we went nuts and, once again chanted “Olé, Olé, Olé, Olé, Kis-ke, Kis-ke” and Kiske dropped on his knees and revered us. After it he announced his (and my) favourite Unisonic song ‘We Rise’. And here it is:

The last song of the night (before the encore, that is) was ‘Never Change Me’, a song that is pure fun! It’s pure fun because it is the song that Kai participates on effectively with his backing vocals and he also talks to the audience. Since, I’m a nice guy, I have a video of this song for you too:

And that was the end of the Unisonic gig.

But wait! Didn’t I say there was an encore? Yes, there was! There is always an encore! But the encore was pure Helloween. Good ol’ Helloween. The Helloween we all wanted to see.

It seemed I was watching ‘Helloween – Live In The UK’, such was the perfection with which they played ‘Future World’ and ‘I Want Out’. Kiske even made the same silly jokes in the middle of ‘Future World’ and we were also presented with more of Elvis again! 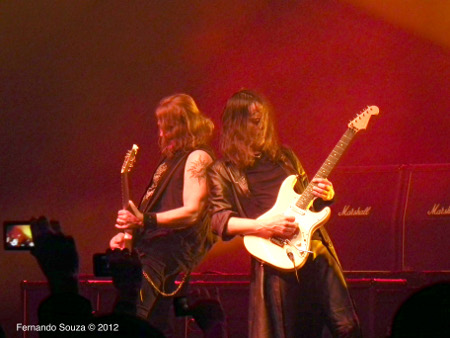 I just closed my eyes and my memory took me back many years in time and a high school film passed on my head. The 20 years of wait were compensated for in that moment! And yes, I do have a video of that too!

Many of you might wonder how would Helloween sound if Kiske and Hanses had never left the band. Well, Unisonic is the answer to that question. 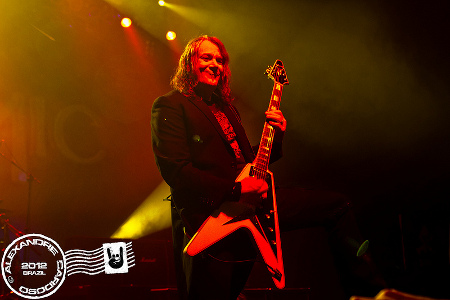 Click here for the Portugese version of this article…