Do you wanna get rocked? 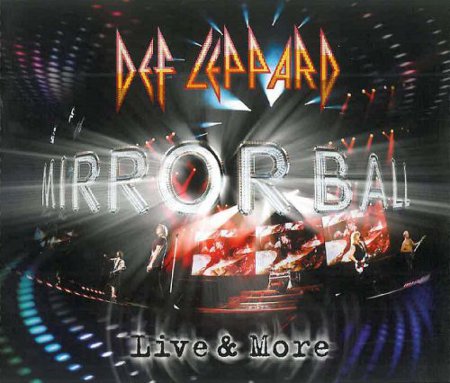 Def Leppard are a national treasure and their first proper live CD rocks! If you’re a long-term fan there’s lots here to enjoy and it proves there is life beyond the massive-selling ‘Hysteria/Pyromania’ albums. But it’s the classic hits that stand-out.

‘Pour Some Sugar On Me’, ‘Animal’ and ‘Armageddon It’ sound fantastic, while the all-time guilty pleasure ‘Let’s Get Rocked’ shamelessly steals the show. The archives are raided too with a life-enhancing version of ‘Switch 625’.

Final track, ‘It’s All About Believin” slows the pace a little and sounds relatively contemporary – like a hidden track from their last album ‘Welcome To The Sparkle Lounge’. With the classic Lepps guitar sound it’s breezy summer track that will sound great on the radio.

In addition to the 2-CD concert tracks, the album also includes a 50 minute DVD that contains live performances and intimate backstage footage of the band captured on the road.

Verdict: Like a dog wearing sunglasses, the Lepps are impossible not to like. This album’s easy going, fun and, just like eating a Big Mac, you soon want to go back for another bite!

Don’t be fooled though, under the polished sheen Def Leppard are a talented, classy band and well-deserving of their classic NWOBHM status, despite the overly pop sounds of recent albums. If they tour the UK later this year, they are not to be missed.

What do you think of the latest offering from Def Leppard? Check out the MetalTalk.net Facebook page and let us see your comments.