With the shelving of their ‘Faithless Rituals Tour’ and the wasted preparation, the current situation has hit Sky Valley Mistress hard, like many bands out there. But the band are using this time to work on new material and today they have released a cover of the Nine Inch Nails classic ‘Every Day is Exactly The Same’.

Having acquired Trent Reznor’s Tambourine from a Nine Inch Nails show in 2013, it’s zills can be heard on this raw version of ‘Every Day..’ which was recorded and mixed remotely, with the accompanying video, below, created by Kayley Davies. 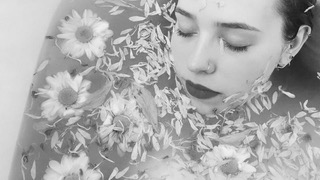 Kayley told MetalTalk: “It is obvious why we chose to put this cover out now, but there was more than just the title that inspired this song choice.

“We couldn’t have written a song that better fits with us all lyrically than this one does right now. It seemed to make a lot of sense to strip it back of all the industrial electronic sounds and leave it with just a guitar that sounds like it’s lost in an empty void, because that’s pretty much what’s happening to every town and city around the world right now.

“Also the tambourine we used on this track is actually the one Trent Reznor threw out to the crowd when Nine Inch Nails played at the Scala, London in 2013. We’ve wanted to use that thing on a NIN cover for a while and this was the perfect time.”

CAMDEN ROCKS 2019: TWELVE BANDS YOU SHOULD NOT MISS 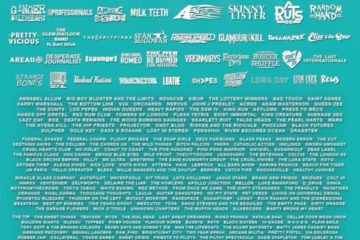