MetalTalk Gig Of The Week: Make Way For The Arena Kings As Voodoo Six Cast Their Spell On Album Launch Club Tour 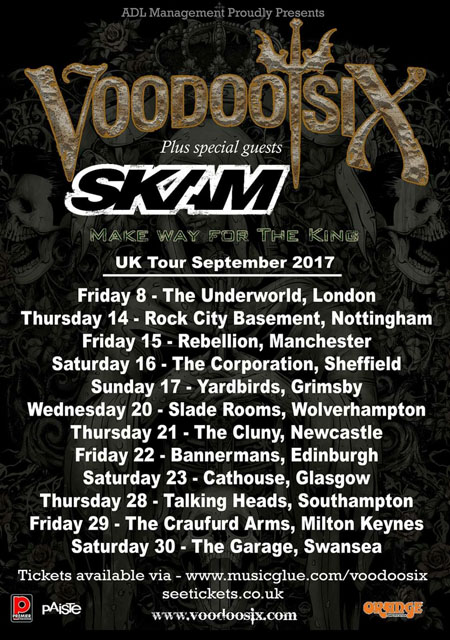 MetalTalk’s Gig Of The Week is awarded to Voodoo Six who will be touring the UK in support of their fourth studio album, ‘Make Way For The King’, released via Cadiz Music on 8th September 2017.

The band will perform twelve dates, kicking off with the album launch show at The Camden Underworld in London on day of release, Friday 8th September.

Voodoo Six are a renowned live force, having honed their craft by touring all over Europe in the arenas as special guests for Iron Maiden in 2013 which also earned them a further tour with Steve Harris’ British Lion. 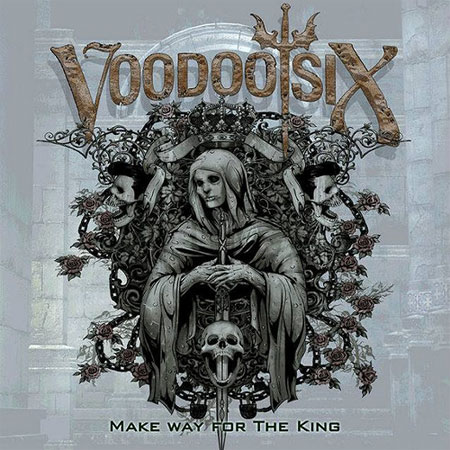 Voodoo Six specialise in delivering driving, contemporary rock with an undercurrent of blues and cut through with killer riffs.

Founder member Tony Newton said of the new record and fresh start for the band:

“It feels like this is the right time for us to return. We’re incredibly proud of the new material and can’t wait both for people to enjoy ‘Make Way For The King’ at home but also to join us for what are going to be some amazing live shows!” 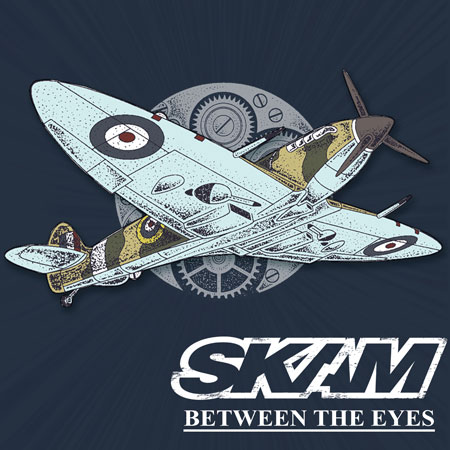 The anticipation that is building for both the live dates and the new album shows the strength of the loyal following that Voodoo Six have enjoyed since forming in 2003. There may have been a few bumps in the road along the way but with ‘Make Way For The King’ Voodoo Six show that they are still in with a chance of seizing the crown.

Support on all dates comes from Leicester three piece Skam, who are about to release their third album ‘The Amazing Memoirs Of Geoffrey Goddard’. New single ‘Between The Eyes’ premiered on MetalTalk very recently and here it is:

Previous article
WHATEVER WAY YOU DRESS IT UP, SNAKECHARMER’S SECOND ALBUM IMPRESSES
Next article
ALL FOUR MEMBERS OF DECAPITATED ARRESTED AFTER SUSPECTED KIDNAPPING