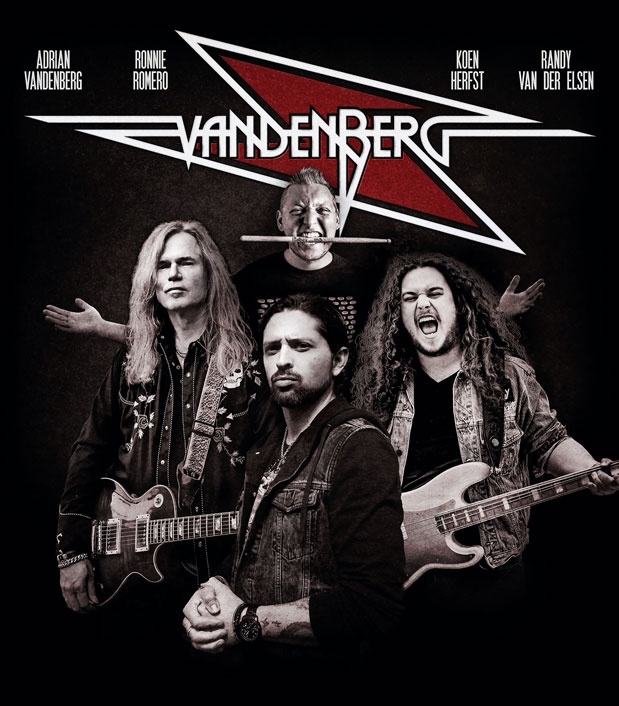 Famed painter and master guitarist Adrian Vandenberg has released the song ‘Shadows of the Night’ ahead of the new ‘Vandenberg’ album ‘2020’ which will be in the shops 29 May.

Vandenberg, the band, had three great albums out in the early 1980’s, before Adrian moved to Whitesnake where for thirteen years, he was a key part of their greatest successes.

‘2020’ sees Adrian back in top form and he has assembled a top-drawer group of musicians to complete the project.

Ronnie Romero, who is part of Ritchie Blackmore’s Rainbow, covers the vocal duties.

Adrian tells us “I needed an incredible singer in order to make the use of the Vandenberg name make sense and Ronnie more than fits the bill. We got chatting through Facebook and I asked him if he’d be interested in being in the band. It turns out he is a big fan, as I am of him, so we met in Madrid, where he lives, to see if we could get along and we really connected.

“As soon as I knew Ronnie was on board, I wrote the songs to suit Ronnie’s amazing vocal capabilities. We then met up again in Madrid to demo songs using my iPad, which is the way I do things.”

Romero commented: “The reason why I started singing when I was in my teens is when I heard the live acoustic album ‘Starkers In Tokyo’ by David Coverdale and Adrian Vandenberg. So you can imagine that I am very excited and honoured to be the vocalist for the band Vandenberg.”

Vandenberg tells us: “Koen has been voted Holland’s best hard-rock drummer now for several years. He has the sort of fire in his belly that would make any greats such as John Bonham and Ian Paice smile. Randy was highly recommended to me and has a lot of experience. Like Koen he is a brilliant musician.”

There are also two celebrated guests on the album – bassist Rudy Sarzo and drummer Brian Tichy.

Adrian concludes: “I believe the vibe we have with this turbo charged line-up is wonderful. We are not at all a nostalgia act, trying to recreate what happened all those years back. This is a brand new dynamic band with a name that has a legacy and I couldn’t be happier with the way it’s turned out”.