It seems like a lifetime ago that Dutch maestro Adrian Vandenberg was smeared all over MTV in a tarted up Whitesnske, throwing shapes to John Skyes guitar parts on risqué 80’s Rock videos like ‘Is The Love’ and ‘Still Of The Night’.

But before he was making panties wet in heaving arenas with Lord Coverdale, he was creating a name for himself in the original line up of Vandenberg, releasing three quality albums in the process and subsequently warming up audiences for heavy rollers such as Ozzy Osbourne, Scorpions and Kiss.

More recently he has been plying his trade with Vandenberg’s Moonkings and Manic Eden, with his former Snake colleague Tommy Aldridge.

But with a brand new line up the return of this band should spark off a whole new level of excitement as the man from The Hague pulled a bit of shrewd recruitment in hiring Ritchie Blackmore’s Rainbow vocalist Ronnie Romero.

The former Lords Of Black singer’s inclusion is immediately justified on the classic sounding opening track ‘Shadows Of The Night’, in which he marks his territory with gusto, even overshadowing his new employer in the process. 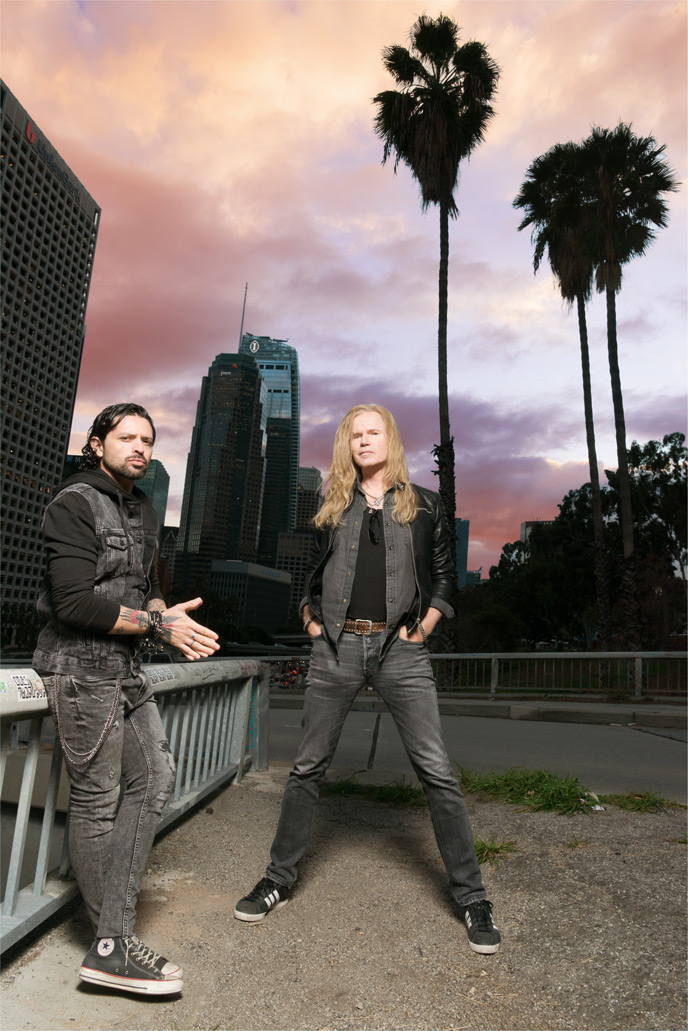 But the blonde bomber shows who’s the boss with slithery riffing and a domineering solo on the highly infectious ‘Freight Train’.

Vandenberg was quick to state that this new incarnation of the band is “not a nostalgic act trying to recreate what’s happened all those years back”.

But while the sublime ‘Hell And High Water’ is a brand spanking new tune, it is steeped in the vibe of the glory days, and would definitely have a longer shelf life had it been released three odd decades ago when macho Rock ruled the world. A little trip is taken down the commercial highway with ‘Let It Rain’, a song showing Vandenberg’s versatility as a songsmith.

A low point in Vandenberg’s career was not being able to perform on Whitesnakes’s 1989 Slip Of The Tongue album due to a persistent wrist injury. His more melodic and expressive approach was seen as greatly missed in comparison to the efforts of his replacement Steve Vai, who’s over indulgent fret-wanking was felt by hardcore fans to be alien to the traditional sound of Whitesnake.

The very Snake like ‘Shitstorm’ which features guest appearances of former reptilians Brian Tichy and Rudy Sarzo is a prime example of his no frills mantra, nothing fancy, but compelling from start to finish.

The album closes in anything but a whimper as the big and brassy ‘Skyfall’ gives you one final reminder that Vandenberg are back and are licensed to thrill.