‘Cursed and Corrected’ is the new album from exciting New Wave Of Classic Rock band Twister and the band have told us that it is due for release 13 November, via Off Yer Rocka Recordings. Their first single ‘Call To Arms’ is released 28 August, but you can watch the video for this below.

Frontman Stevie Stoker tells us: “This is the five-plus years of our lives in a record. Everything that has
happened to us personally and professionally as a band over the last five years has created these songs.

“Every single track is a little piece of us poured out in lyrics, guitars, bass, and drums. From heartbreak and frustration to joy and elation this album epitomises what we are as a band and sets the precedent of what we want to achieve.” 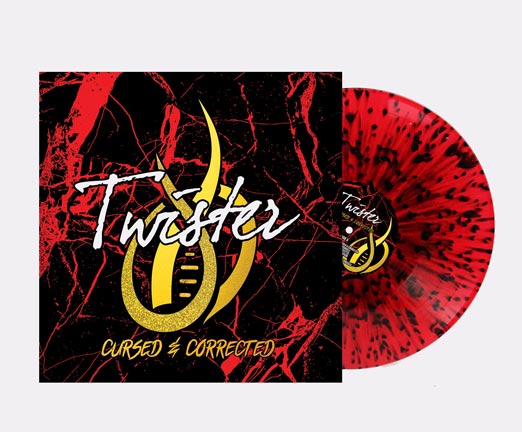 Twister won the 2019 Hard Rock Hell’s ‘Highway To Hell’ Battle of the Bands competition and it is the live arena where the band really shine.

Indeed Twister have an 11 date European tour with The Quireboys lined up, as well as playing festivals such as Hard Rock Hell, Monsterfest, HRH Ibiza on the cards for 2021.

The album was recorded, produced and mixed by Tony Draper at Parr Street Studios, Liverpool and mastered at the legendary Abbey Road Studios by Frank Arkwright.

Album pre-orders are available from 28 August. 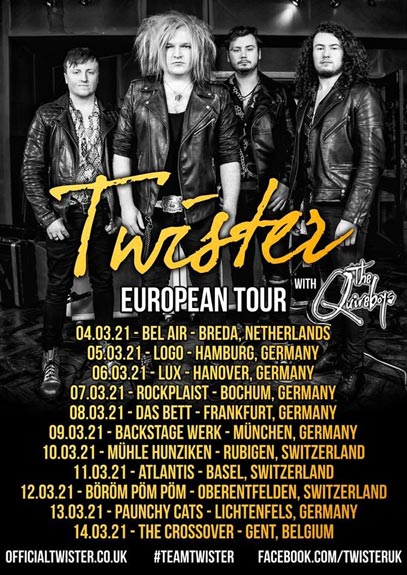