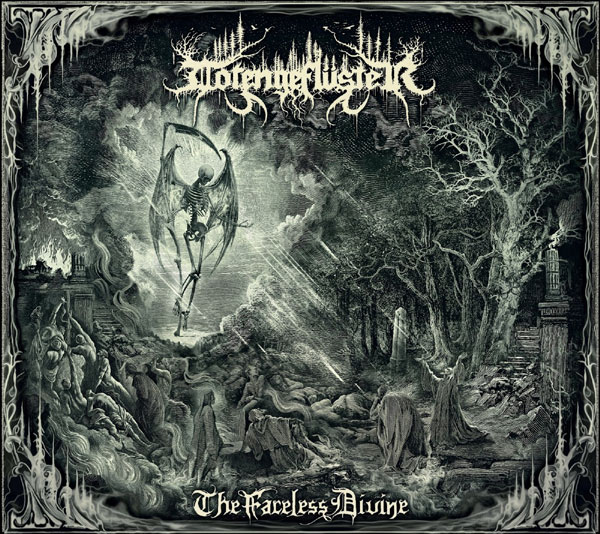 Totengeflüster return with ‘The Faceless Divine’, the third studio full length from the German symphonic Black Metal quintet whose name, interestingly, means whispers of the dead in German, very apt when you hear the music.

Formed back in 2007 by guitarist Totleben and vocalist Narbengrund with the aim to create “A coherent and sophisticated piece of art” which anyone who has heard their conceptual 2013 debut release, ‘Vom Seelensterben’, or the 2017 follow-up, ‘Im Nebel der Vergänglichkeit’ (Into The Mists Of Transience), will attest they have already more than achieved their aim.

Not only do they deliver a very sophisticated symphonic Black Metal sound, they also deliver an icy darkness to the sound and with ‘The Faceless Divine’ they aim to “lead you into a more intense and darker direction than with the previous albums”, and the result is “svart” and haunting. 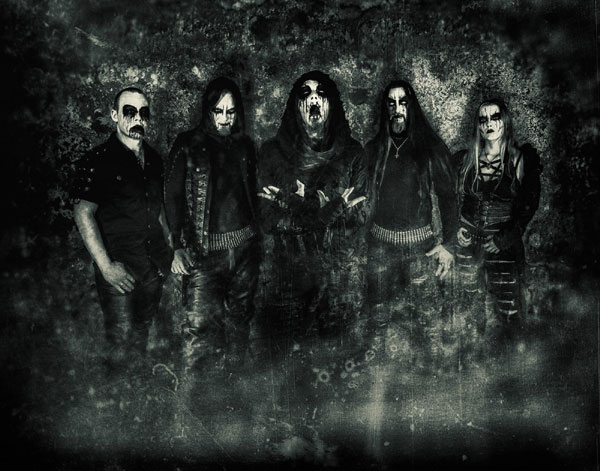 The eleven track, sixty minute ‘The Faceless Divine’ has a slightly rawer more intense edge than the two predecessors and a notably darker edge to the sound, as promised, but still maintains the symphonic element which is carefully melded with the harmonic lead work but contrasts against the aggressive riffing.

Vocally ‘The Faceless Divine’ is more ambitious than ‘Vom Seelensterben’ which had a largely vitriolic delivery. On ‘Im Nebel der Vergänglichkeit’ we saw a much more ambitious range of voices used and even more so with this offering where the vocal range and voices employed by Narbengrund have expanded further.

I particularly enjoyed the hugely impactful blood curdling screams, especially on ‘The Hunt’. These screams were utilised on a few tracks on the previous albums but not in such generous abundance. As a band Totengeflüster have aimed to push every aspect of this release further than its predecessors and as good as the predecessors were, this is a stronger, more confident and more focused release and it’s always great when a band aims to build on past successes.

Also, an interesting point worth noting is with this release they have moved over to a predominantly English set of titles and lyrics as opposed to the largely German of the predecessors.

The utterly stunning artwork by Simon Bossert is also well worth mentioning, beautifully detailed, aesthetically pleasing and powerfully impactful. He is also responsible for some of the guitar work (as Totleben), along with the composition, production, engineering and mixing, clearly a man of many talents.

‘The Faceless Divine’ should appeal to fans of bands such as Obtained Enslavement, Dimmu Borgir, Limbonic Art, Carach Angren and is available now through Black Lion Records digitally and on digipak CD and is an impressive and engaging listen.