I first became aware of UFO early in their career at a youth club in Harlow in Essex where I grew up. We had a great rock room known as ‘the blues room’ away from the main hall playing chart and pop music.

I had been learning to play bass guitar at the time and met up with a few like minded youths and we formed a band. Influenced by the ‘real’ originals, Status Quo, which we had all seen at our local theatre, we started writing our own material from the outset.

The next influence on me was a bloke called Pete Way and the band UFO.

My hair grew to the length of the then UFO guitarist, Michael Schenker and I ran around on stage like Mr Way.

Years later when I had studied photography and started working for Sounds, the features editor at the time, Garry Bushell, started working with me on a regular basis. He had written about UFO, so when Waysted were formed he introduced me to a hero of mine.

When we did some live reviews I got to know Pete Way relatively well and shared and enjoyed his drinking and antics, which the 1980s music scene certainly embraced.

On one particular coach trip excursion organised by Music For Nations to see Waysted support Ozzy, things were taken to the max. I was working with journalist Mark Putterford, RIP, for Sounds and after the gig we got together with Ozzy in the Waysted dressing room. Somehow, boxer John Conteh had hooked up with Pete Way.

On our return trip the coach was awash with Special Brew etc and if my memory serves me correctly, when we reached Kilburn, London, John Conteh had become a bit ‘redundant and surplus to requirements’.

When Little Brown Books contacted me for images for the Pete Way biography recently, I sent a set they had chosen from my files. When published, this story was not in the book and so these photos were not used.

I hope you like the set I am showing and hope you enjoy reading this fantastic book. 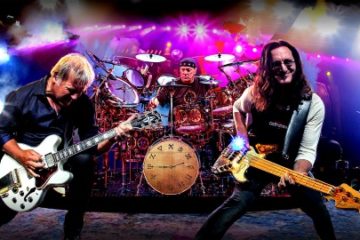