We could be here till the cows come home rattling off the endless list of unsung British guitarists, and without doubt a man who that applies to in spades is Mr Jim Kirkpatrick. Better known for his fret heroics with AOR legends FM, ‘Ballad Of A Prodigal Son’ sees him taking his second leap into solo waters, fourteen years after his cherry popper ‘Changed Priorities’.

Jim Kirkpatrick – Ballad Of A Prodigal Son (US One Records)

It has to be said Kirkpatrick was not shy in calling on the services of a few industry buddies to give the album some extra blood flow. Former Whitesnake-rs Bernie Marsden and Neil Murray, Quo’s John ‘Rhino’ Edwards and FM colleague Steve Overland are just a sprinkling of the special quests who dropped by for a shift.

For fans of suave melodic Blues Rock, this album should be making its way into your willing hands.

When Gary Moore took a slip road into Blues territory, the initial result was nothing short of breathtaking and although this is not as high profile, the effect this album gives off early doors is just as stirring. 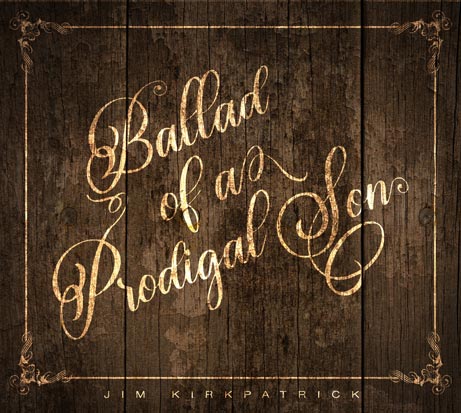 The title track is a full bodied belter and polished with slick radio friendly tones. ‘No Such Thing As A Sure Thing’ screams pre-‘Eliminator’ ZZ Top with stomping Texan grooves releasing a smoky traditional vibe.

Whether or not Kirkpatrick is a Joe Bonsmassa fan or not, ‘Ain’t Going Down Alone’ does bear all the hallmarks of the bespectacled New Yorker when he is in that commercial Blues mood. A bit of muscle flexing goes down with the macho Rock sounding ‘Be Hard With It’, not really in keeping with the album’s Blues theme but still oozes moreish quality.

To have a legendary guitarist of the standing of Bernie Marsden co-write one of the tunes will no doubt act as a selling point for the Blues Rock aficionados. And the song in question ‘Always On The Road’ does not disappoint, with that cruising Americana flavour putting you in the mood to hit the open road.

A cover of a lesser spotted Status Quo track ‘Gravy Train’ is, as you would expect, a boisterous session of heads down no nonsense boogie and a three and a half minute masterclass in how to take someone else’s song and soup it up in all conquering style.

What’s important to note is Kirkpatrick’s calibre as a vocalist. Closing tune ‘All You Need Is All You Have’ is a bit Michael Bolton but it is sung exquisitely and that form courses through every track on the album.

As for his guitar playing, well it might be unfair to suggest his talents are wasted in FM, but as a Blues axeman, this sounds like his true calling.

THE WILDHEARTS AND FM REVEALED AS HEADLINERS FOR MONSTERFEST 2020