Them Bloody Kids / A melting pot of Metal, a tonic for our current times

The last couple of years now has been a strange one for the world and there is no doubt a growing concern about the future of Metal music across the globe for numerous reasons. Cue Them Bloody Kids who, with their stomping debut album, capture the mood of the current state of things.

Depression, gun violence and plenty of political lyrics are interwoven with an eclectic soundscape as choppy, heavy and angry as the uncertainty we face. ‘Radical Animals’ should be the soundtrack for this year.

Them Bloody Kids are a rebellious alt-Metal trio from London, comprising of Sebastian Moederle-Lumb (vocals, guitar), Darren Maddox (drums) and Vein (bass). The band are influenced by a wide range of genres from Classic Rock, Industrial/Nu metal, Stoner/Doom Rock and video game music. This leads to an album full of raw power, catchy riffs and a groove underpinning it all which will make you want to mosh your heart out. 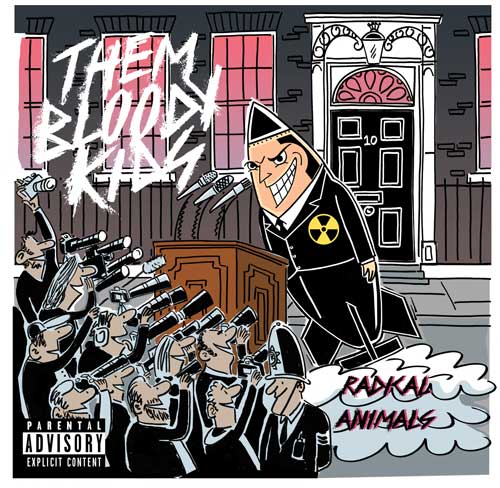 The psyche of modern culture

Over the top of this, we have the passionate vocals, which really tap into the psyche of modern culture. For example, ‘Do What You Do’ discusses depression and the struggles of keeping it all together.

As Sebastian told MetalTalk “‘Do What You Do’ discusses the idea of depression and the day-to-day struggle of someone trying to keep his life together while it is coming apart at the seams. The idea with this track was to get into the mindset of myself when I am the most depressed and just fed up with life. Trying to convert that into a track was quite challenging, but I am happy with the way we portrayed the story in the video.”

‘Freedom of Peace’ talks about American gun violence, which is a never ending struggle in the US. Only very recently, President Biden said “Gun violence in this country is an epidemic, and it is an international embarrassment”. Had he heard a pre-release of this album perhaps?

Of course not, but it shows how current and relevant Them Bloody Kids are with their choice of topics. This, coupled with the raw delivery of the lyrics, creates a genuine set of messages the band want the world to hear. Speaking to Sebastian via social media confirms just how passionate and knowledgeable he is with regards to politics.

Opening track ‘Justified Lies’ lets you know what you are in for, with staccato stabs, high-paced political lyrics and phrases of Heavy Doom riffs in between. The album is breathless and high octane material, with tempo and style changes throughout.

Again, the sense of a musical reflection of where the world is at the moment – not least in matters such as a distrust of a system, inequality, fear and humanity’s lack of empathy.

The band are open about influences such as SOAD, A Perfect Circle, Smashing Pumpkins, RHCP to name a few. Killing Joke is also a band which springs to mind, with the heavy riffs and angry vocals and from all these and more you can hear the influence in the songs.

Them Bloody Kids take all of this and make a fantastic melting pot of Metal, spanning decades and genres.

Let this be your tonic for our current times.

Marty Friedman / Fighting the forces of blandness in Metal

Them Bloody Kids / A melting pot of Metal, a tonic for our current times 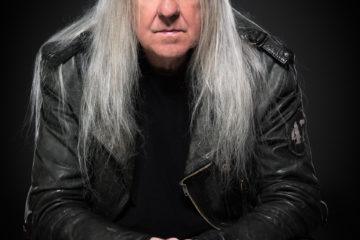