The Struts have released the single ‘Strange Days’, which features Jimmy Page neighbour and former Take That member Robbie Williams. The track is from The Struts’ new album ‘Strange Days’, their third, which is to be released 16 October, via Interscope/Polydor.

The song started out as an idea Luke Spiller had on tour, last summer, but ended up snowballing, following a chance encounter online.

Spiller told MetalTalk: “I was doing Quarantine Radio and Robbie hit me up out of the blue asking if we could talk.”

‘Quarantine Radio’ is the Instagram livestream launched by The Struts during lockdown.

Spiller continues: “We ended up facetiming for about two hours, the first time we’d ever spoken, talking about life and music and UFOs and everything else you can think of.

“I asked if he’d like to work together at some point and while we were making the album he graciously let us come over and record him singing on his front porch.” 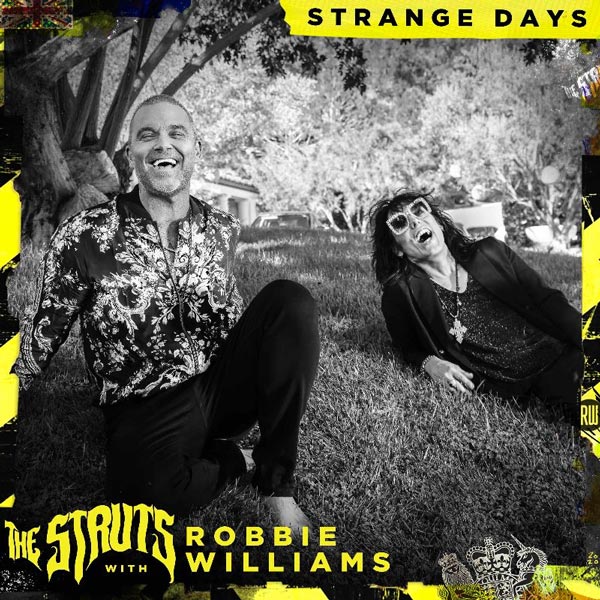 Williams told us: “We did a vocal for a wonderful song that has been gifted my way. It’s been an absolute pleasure and a privilege to listen to this man sing.

“It’s great to be a fan of someone and then a part of this recording. It’s like having a hero here and I genuinely mean that.”

The Struts and Robbie Williams will be performing ‘Strange Days’ on Soccer Aid for Unicef live on ITV this coming Sunday, which is taking place at Manchester United’s Old Trafford ground.

The album came together over the course of a COVID-19 2020 spring. Following testing, the band moved to the home of LA producer Jon Levine and over ten days laid down the album.

Spiller says: “It was so much fun to make a record this way instead of getting everything done in between touring, working with multiple producers in multiple countries.

“We were all just burning to capture that excitement as much as we possibly could and at times it felt like the songs were literally just falling from the sky.

“It was undoubtedly a magical ten days for us and I hope when people hear the album, it gives them a taste of that magic too.” 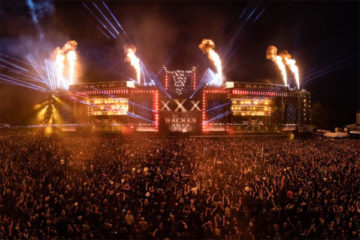