Code Orange will release ‘Under The Skin’ as a digital album tomorrow (4 September). The album consists of an audio enhanced version of their Twitch livestream broadcast, recorded earlier in the summer. The set includes a striking rendition of the Alice In Chains classic ‘Down In A Hole’, which you can watch below.

Recorded in Pittsburgh, the performance was conceptually similar to the old MTV Unplugged series, but with digital twists and turns giving it a more contemporary feel. Performance footage shot and edited by Sunny Singh of hate5six. 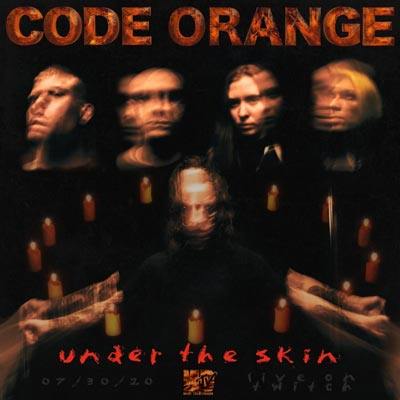 Code Orange recently made headlines in the professional wrestling world with their performance of ‘Underneath’ at this summer’s NXT Takeover: In Your House event.

The band previously released ‘Let Me In’, their official entrance theme for WWE Superstar ‘The Fiend’ Bray Wyatt.

UNDER THE SKIN TRACK LISTING: