Starting the night’s proceedings in proper fashion, newcomers The Second Sons burst onto the stage with zero fanfare or intro and proceed to play a hugely enjoyable and lively set of old-school rock’n’roll. Offering a tasty mix of vintage Aerosmith combined with the charm of Rod Stewart era Faces, they play a fine show. 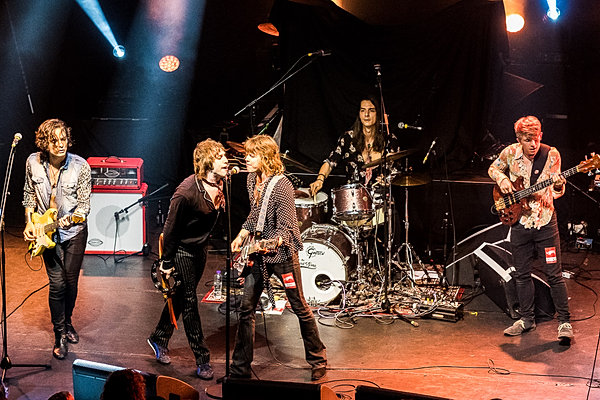 The Struts have only been around for two years but that hasn’t stopped them creating a huge buzz. Their sound is a glorious mix of 70s glam rock music and style and the audience packed into Koko tonight eats it up.

Starting the show with ‘Put Your Hands Up’, the four-piece band have a knack for writing catchy singalongs in the style of The Sweet or T Rex that manage to ring true for a generation of very young fans. 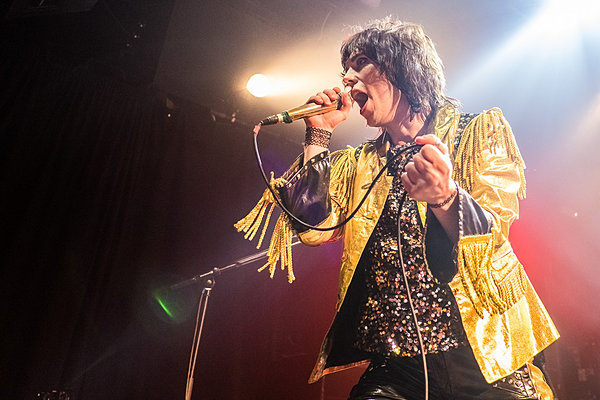 ‘One Night Only’ is truly joyful and enjoyable in a way that much of British rock has been sorely lacking for ages – it sounds like early Queen given a modern finish and it’s truly superb. Frontman Luke Struts has the soaring voice and the charisma to pull it all off with aplomb.

The band announce that they are going to film the video for their new single, ‘Body Talk’, right here and now and the crowd duly erupts with joy. It starts off with a Queens Of The Stone Age style shuffle of a riff before a straight up dance beat kicks in. 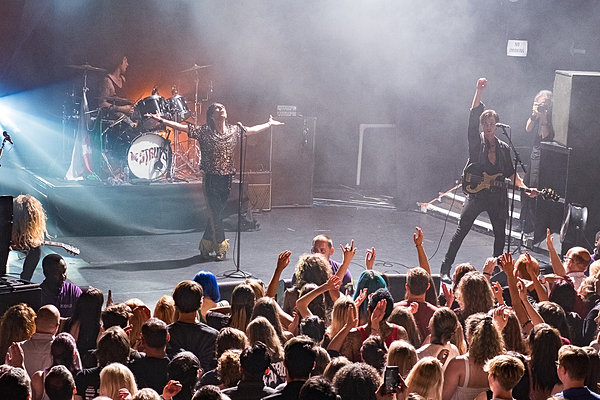 That’s not the last item of good news for their fans either. “We have completed our second album,” frontman Luke tells the delighted crowd, before the band play several new songs.

‘Fire (Part 1)’ is a pounding up-tempo number that gets the packed crowd moving and this is followed by a simply superb cover of Bruce Springsteen’s ‘Dancing In The Dark’. Luke even pulls a young lady on stage to be his Courteney Cox and dance with. Ending their main set with recent single ‘Put Your Money On Me’, they leave the crowd delighted. 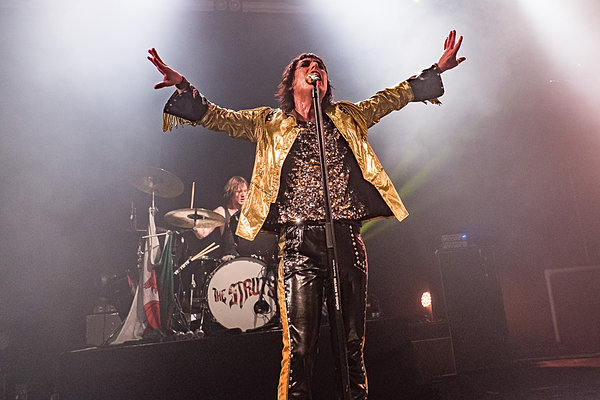 With the crowd stamping for more, The Struts start their encore with a new ballad from the upcoming album. ‘Somebody New’ is a surprisingly restrained glam ballad that gets hands swaying. They follow this up with a true glam classic in the shape of David Bowie’s ‘Rebel Rebel’ which sends the audience into ecstatic arms aloft singalong mode.

Ending with the joyous bounce of ‘Where Did She Go’, The Struts seem to have truly arrived. Now bring on that new album. 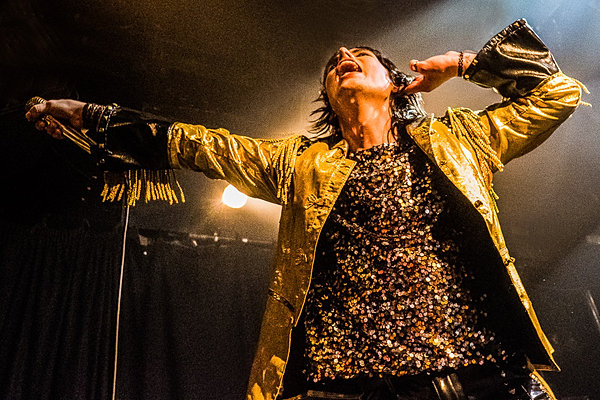 1. Put Your Hands Up

2.These Times Are Changing