From Rome, Georgia, The Georgia Thunderbolts are smashing into the Southern Rock scene with the release of their excellent self titled debut EP,  out 21 August via Mascot Records.

Their story is one of those classic Rock tales, as five high school friends gigged and gigged eventually coming under the radar of Southern Rock stalwarts Black Stone Cherry and The Kentucky Headhunters.

This led to the Thunderbolts sharing stages with high profile acts such Tyler Bryant And The Shakedown, The Cadillac Three, Blackberry Smoke and Bishop Gun.

Falling under the wings of The Kentucky Headhunters guitarist and singer Richard Young, a deal with Mascot Records followed and Young decided to manage the band and produce their debut EP. 

Guitarist Riley Couzzourt told MetalTalk: “We all grew up on Rock music” and you can easily sense this as the EP fires up on the turntable. 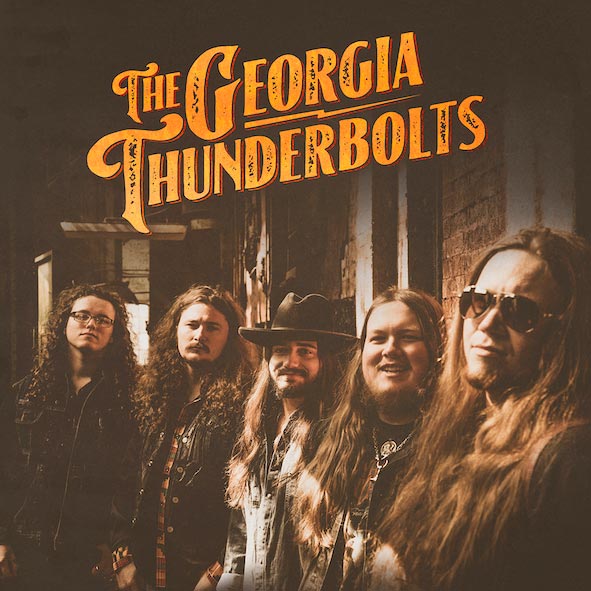 Opening up with the elegant ‘Looking For An Old Friend’, a classic style Southern Rock track with great slide guitar, you quickly get immersed in TJ Lyle’s great vocal style.

The track has a great groove to it, superbly crafted solo and if this is, as the band told MetalTalk “the first song we ever wrote”, then you can immediately feel what the likes of Black Stone Cherry and The Kentucky Headhunters felt when seeing them live.

Second track ‘So You Wanna Change The World’ is a cracking Blues style track, with cutting heavy drums from Bristol Perry leading the charge of the song.

Followed up with an almost Zeppelin-esque riff on ‘Lend A Hand’, which you hear below, this track sees Riley Couzzourt and Logan Tolbert excelling, the track stomping along with a cracking sing-a-long chorus to boot.

Penultimate track ‘Spirit Of A Workin’ Man’ seems to fits nicely as the bands anthem.

TJ Lyle told MetalTalk: ‘Yes, that’s our anthem. It’s got a deep lesson to it. You can’t knock down the little man. Everybody has a say-so. You strive to do better, persevere, and pull through hard times, if you have a strong faith and spirit.”

Riley Couzzourt tells us: “I relate the song to our band as a whole. We all grew up humble. We’re still humble. We’ll always be humble to the end. We were raised right to be five working men. It’s who we are.”

The EP finishes up with the delightfully lighters-in-the-sky evoking ‘Set Me Free’.

Yes, the band may style themselves as Southern Rock, but this is wonderfully at the heavier end and a fitting end to a cracking debut EP.

As for the local scene, the band finish by telling us “In Georgia, you hear Lynyrd Skynyrd, The Allman Brothers and all of the greats everywhere.

“Rock and Roll is something that comes naturally for us. We love it and are in it for the long haul.

That first full length album, when it eventually arrives, is, on this evidence, going to be seriously kick-arse.

Mark Boals / Smoking with Snoop Dogg, Recording with Vinnie and the new Collection