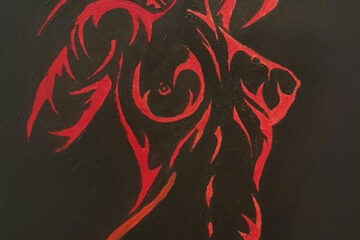 November 5, 2020
Unsigned and self-financed, MetalTalk favourites Mad Nona have released their second single ‘Paranoia’, taken from their self-titled debut album. You can catch the track on MetalTalk Soundcloud Tracks of the Week playlist. The band that come from the land of the ice and snow have been compared with early Mötley Crüe. They recorded …

October 7, 2020
They come from the land of the ice and the snow, to quote Zeppelin, but Mad Nona, unsigned and self-financed, have had us tapping like ‘mad’ to their self titled debut album, which hit streaming services 25 September. Words: Steve Ritchie Influenced by the infamous Seattle sound, their sound is …