They come wearing úlfhéðnar in this era and when a beaming Johan Hegg demands: “Download! Are you ready?”, it’s clear this is going to be brutal war. 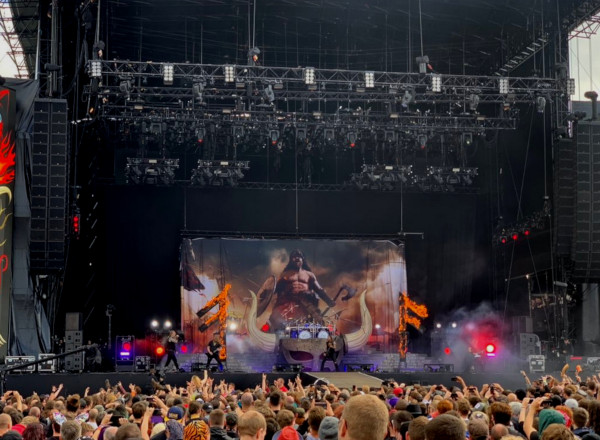 ‘First Kill’ brings supersonic double bass drumming and streams of fire spitting from the stage as Donington Park swiftly capitulates to the onslaught. The Viking Age is dated from 8th June 793 in England and it’s sounding just as fearsome and formidable today.

Viking Chief Hegg salutes the crowd: “You guys have been standing on the rain and the mud all weekend. That’s a tribute to the British Metalhead – British steel at it’s finest!”

Horns are raised throughout Download as Amon Amarth crack the sky with a set of sheer brilliance and awe-inspiring power. They will return and they will almost certainly headline Download one day. Skål! 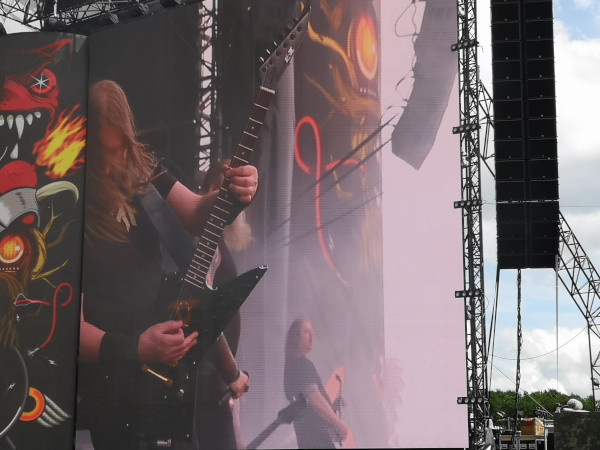 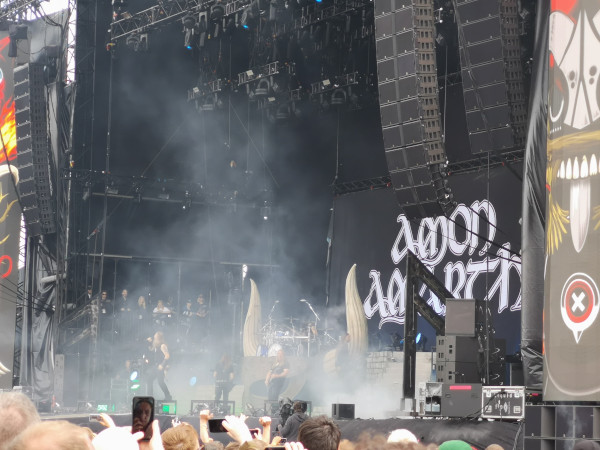 I wouldn’t want to follow #amonamarth on main stage – a giant dragon, fire and one hell of a show especially for this early in the day! Amazing! 😁❤️ 🐉 #dl2019

Amon Amarth comes on with red fire, a mechanical mythical creature and vikings fighting on stage – download just stepped up a level today 🙌🏽

Anthrax sounded incredibly strong when they hit the Zippo Stage with Joey Belladona in especially fine form. Keeping it mainly old school this afternoon, crowd surfers were flying and circle pits running as classics like ‘Got The Time’ totally delivered.

“You’re looking and sounding good Download – you ready to get your assets kicked?” asks Belladona. “Anyone remember Judge Dredd?” before they rip into ‘I Am The Law’ which goes down as one this weekend’s most revered party pieces.

I love Anthrax more than life 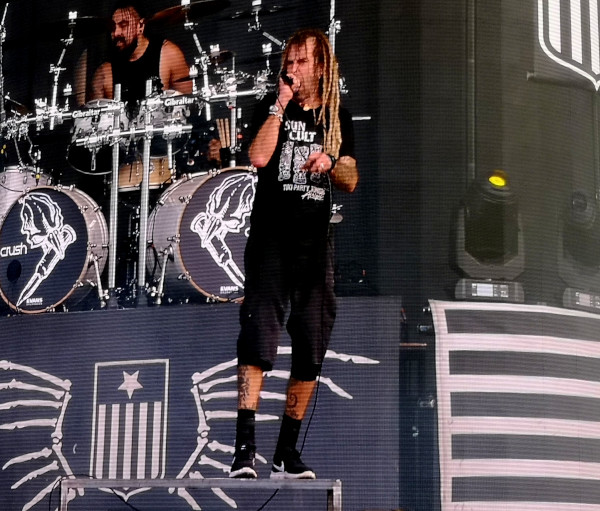 Lamb Of God were utterly majestic, opening with the very track that propelled them to worlwide fame, ‘Omerta’, and frontman Randy Blythe enjoying a spot of Sunday afternoon crowd surfing.

No-one does groove and breakdowns better than tbese guys, even with drummer extraordinaire Chris Adler missing in action. Art Cruz is a more than worthy stand-in and Lamb Of God play with the precision of a Swiss clock and a very serious determination and attention to detail.

The majestic riffage of ‘Redneck’ closed out their hour long set as a massive circle pit celebrated a tremendous, Main Stage-worthy performance.

The time has nearly come for Slayer to take to the stage for their very last performance on British soil so we’ll be back with news of that soon, along with words and pictures of tonight’s headliner, Tool.