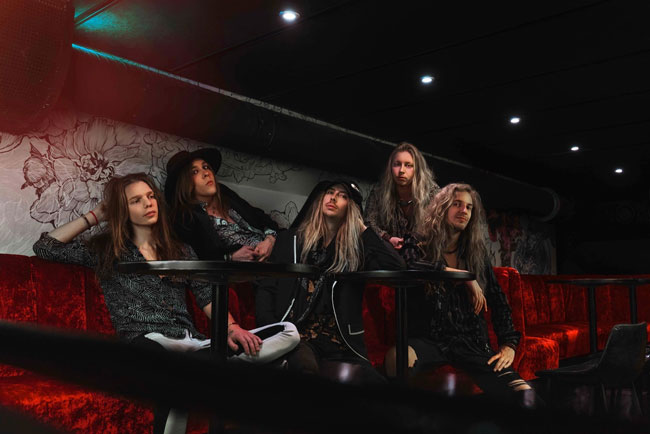 Shiraz Lane, the Hard Rock band from Finland, had recently completed a trip to North America on the Monsters of Rock Cruise, followed by  their first headlining tour of mainland Europe, before, inevitably, all plans ground to a halt.

Having discussed ways of staying active during the lockdowns, the idea for a live streamed set gained momentum and now the band have announced a special online show.

To be streamed globally via the new Finnish platform SemiLive, Shiraz Lane will perform a full live set on 3rd April at 6pm UK time, that will also be available to view for three days after its initial broadcast.

The band told us: “Although the virus is raging, authorities patrol the streets and people are contained in their homes, remember that it is always darkest before the dawn. You now have the unique chance to enjoy the energy of rock n’ roll straight from your couch. All you need is a computer or mobile device, a small amount of currency and a comfortable position in which to be entertained. See you online next week!”

Here is the video for ‘Do You’, from the new EP.