Although their origins date back to 1972 as Cacumen, since emerging as Bonfire in 1986, the legendary German rockers have maintained a very prolific career, albeit with a barrel load of turbulent personnel changes.

‘Fistful Of Fire’ represents their sixteenth studio album and a swift return to an original release following 2018’s quite splendid covers venture ‘Legends’.

You pretty much know what to expect from a new Bonfire record – an energetic mix of AOR, Classic and rampant Hard Rock given loads of Germanic wellie. And this album is more of the same and armed with a lot more attitude than ever before.

You can partly credit that to the recruitment of Firebrand lead singer Alexx Stahl. Since his debut on 2017’s ‘Byte The Bullet’ album, the band have developed a whole different demeanour with the music being delivered with more swagger and purpose.

The first two singles let loose are prime examples. ‘Rock’ n ‘Roll Survivors’ and ‘The Devil Made Me Do It’ are two big beefy cuts of uninhibited Rock with titanic choruses, both venomously executed.

The album opens on a dark and atmospheric tone with classy instrumental ‘The Joker’, before the more familiar traits of ‘Gotta Get Away’ unleashes itself in all it’s conquering glory. This is one of those tunes that immediately takes up permanent residence in your ears and shows no sign of leaving – everything you want in a hard hitting Melodic Rock song.

The pedal to the floor pace of ‘Ride The Blade’ is as deliciously dangerous as the title suggests, with wave after wave of driving rhythm crashing every red light.

Not to be confused with Deep Purple’s ‘Blind Man’ , ‘When An Old Man Cries’ ticks all the power ballad boxes, but more in a Eurovision Song Contest vibe rather than your classic arena fare.

AOR fiends will have a field day with ‘Warrior’, a dainty little number that flings out addictive hooks left, right and centre. Big sturdy tracks like ‘Breaking Out’ and title track ‘Fistful Of Fire’ are far from fillers, but don’t have that moreish appeal. Still they give the album solid foundation, but more flaunt the natural chemistry between axemen Hans Ziller and Frank Pane.

Stahl flexes his vocal authoriy all over the rampaging ‘Gloryland’, a man mountain of a performance with no quarter given.

If you want a second bite of ‘When An Old Man Cries’, the acoustic version that closes out the album leaves a much sweeter aftertaste and on the whole a much more credible piece of work. 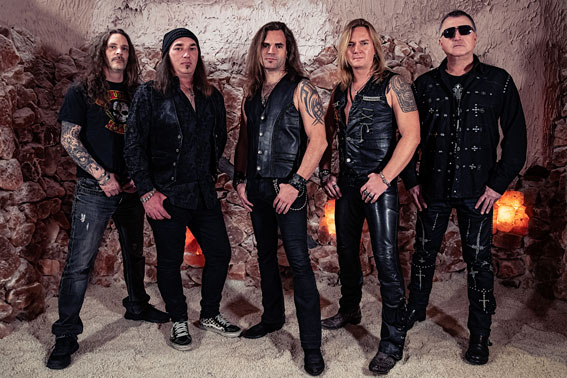 Although their most recent studio releases have been bang average, and The Scorpions will always be Germany’s premier Rock band, Bonfire still continue to deliver the goods with high end efficiency. 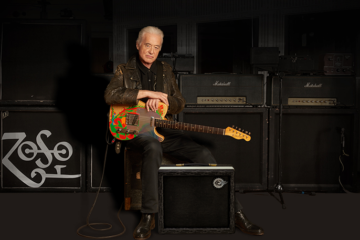