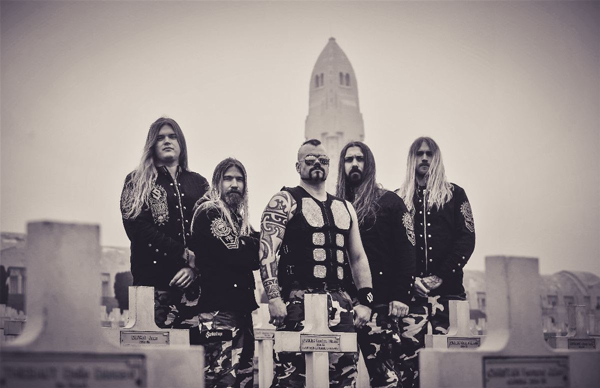 Swedish Power Metal band Sabaton have released a new video for the album track ‘Devil Dogs’, taken from ‘The Great War’. Featuring live footage and memorable moments from their recent world tour, the film is a great visualisation of the song.

Pär Sundström told MetalTalk: “Filmed during our last tour in North America this video really shows how good the vibe is in the audience when we play. Young and old people singing together and jumping along to our songs every night.

“I think anyone can see that we love what we do and we cannot wait to do it all again”.

Sabaton are gearing up for their largest ever world tour, with dates in January 2021 in their home country Sweden and they have just added another six dates to that leg of the tour already.

Sundström continues: “We realized that 23 shows were not enough to cover Sweden properly, so we decided to add a few more. The tour has now grown to 29 dates, making it our largest tour in Sweden so far and probably the largest tour by any Metal band.

“Several of the already announced shows had sold out in the first week and we are so damn happy and proud to see your enthusiasm about this tour!”

Sabaton are touring on the back of ‘The Great War’. Released in 2019, the album charted at Number One is several countries and features colossal singles like ‘Great War’, ’82nd All The Way’, ’The Red Baron’ and ‘Fields of Verdun’.