Rob Zombie has released the track ‘The Eternal Struggles Of The Howling Man’, taken from his upcoming album ‘The Lunar Injection Kool Aid Eclipse Conspiracy’, due out 12 March 2021 via Nuclear Blast.

There are no half measures with Rob Zombie and for that we can be eternally grateful. With his usual flair for showmanship, this new track is Grindhouse Rock ‘n’ Roll par excellence, full of 70’s scuzz but put through the biggest set of speakers you have ever seen.

As with Zombie’s previous work, there is an unhinged genius at play here, the multiple layers each displaying a glinting, but equally disturbing, facet that both chills and thrills. 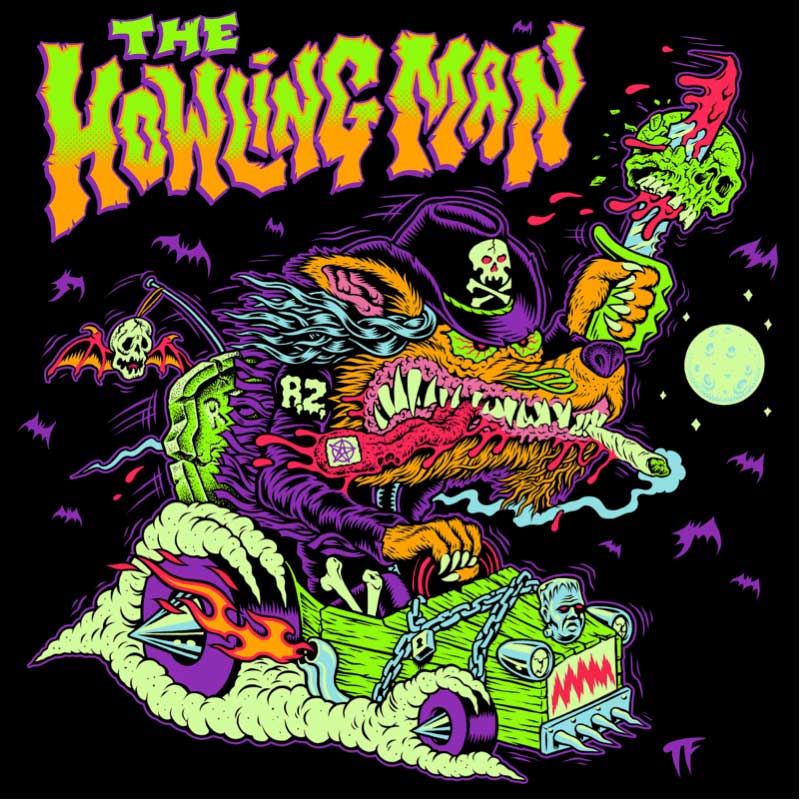 Like the nightmarish ghost train in a broken down Mid-Western fun fair that just seems to have appeared from nowhere, you can not help but be drawn in, holding on for dear life as your mind screams warnings and asks if those ghoulish figures are mannequins or living and breathing beings about to tear you limb from limb.

Music should not be this darkly exciting, but when the Master of the Macabre is in town you have just to obey that siren call.

Expanding the Head of Zed
The Triumph of King Freak (A Crypt of Preservation and Superstition)
The Ballad of Sleazy Rider
Hovering Over the Dull Earth
Shadow of the Cemetery Man
A Brief Static Hum and Then the Radio Blared
18th Century Cannibals, Excitable Morlocks and a One-Way Ticket On the Ghost Train
The Eternal Struggles of the Howling Man
The Much Talked of Metamorphosis
The Satanic Rites of Blacula
Shower of Stones
Shake Your Ass-Smoke Your Grass
Boom-Boom-Boom
What You Gonna Do with That Gun Mama
Get Loose
The Serenity of Witches
Crow Killer Blues

Previous article
MTTV Episode Twenty Six: Joanna Connor
Next article
Cheap Trick / Good to have them back and sounding as fresh as ever