The Queen of Blues/Rock guitar Joanna Connor releases her next album ‘4801 South Indiana Avenue’ on 26 February. The album has been produced by Joe Bonamassa and Josh Smith and is released through Joe’s Keeping The Blues Alive label.

For this episode of MetalTalk TV, Joanna spoke with MetalTalk’s Steve Ritchie about her career, playing with Jimmy Page, how special it was to work with Joe Bonamassa and much more.

With just over three weeks until the album is released, are you getting excited:

“I am. We’ve had a lost of interest already and it is defiantly building momentum every day.”

On catching the guitar bug:

“I grew up in Massachusetts. My mother was a huge music fan, so I was exposed to all kinds of music including Blues, Jazz, Rock, Reggae and Classical. I picked the guitar up [again] at fourteen and I never stopped. I saw a lot of the Chicago Blues acts when they would tour and it was the honesty of the music and the passion of the music [that I loved]. All the Rock that I really treasured was very Blues influenced.”

On jamming with Jimmy Page:

“It was surreal. We played very long shows at the Kingston Mines as we were the house band there. We played from nine until four in the morning. The last few hours would be a jam and we were always looking for decent musicians to join in. The manager said ‘Joanna, go up and play, there is some English guy here’.

“[Jimmy] was there with a guy from Atlantic records, who I knew. He said ‘Joanna, there is someone I want you to meet’. It was Jimmy Page and I was like ‘wow’.

“We jammed together. He was a gentleman, really sweet, nice, down to earth and humble. It’s something I’ll never forget.”

On working with Joe Bonamassa:

“He Said ‘I’d really like to produce a record for you. I have an idea and a vision of what I would like to do with you in the studio. I’m really going to push you hard’

“He planned everything. He was really hands on and I was not sure how it would turn out, but there really was chemistry there and it was just a beautiful, beautiful experience. There is a lot of fantastic playing on the record from everyone.”

On the ‘BBQ’ viral video:

“It landed me and my band in a part of a movie…. With Ben Affleck… They wanted a Blues band for this one scene, so we went to New Orleans in December 2019 and we were filmed for the movie.” 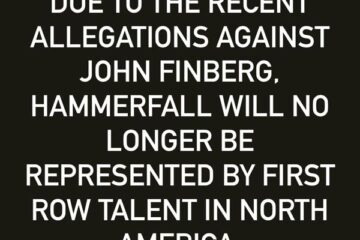