Rishi Sunak, The Chancellor of the Exchequer, has been under fire over the last couple of days, as his recent message seemed to suggest that those in the creative industry should retrain and find other jobs in the wake of the COVID-19 crisis.

The message from ITV News on Twitter which cause the storm, has since been removed and the news company have adjusted their article to reflect that Sunak was speaking about employment generally and not just about the creative sector (see below).

Kevin Brennan, the MP for Cardiff West and member of the Department of Media, Culture and Sport Select Committee, recently said that if he did not change his message, “he [Sunak] was in danger of becoming the ‘Aunt Mimi’ of the Government is he isn’t careful”, referring to John Lennon’s Aunt, who famously suggested the he got a proper job.

Mr Sunak had highlighted the Government’s £1.57bn Culture rescue package. That money is aimed at museums, galleries and venues, rather than individuals.

Also, in August, £3.36m of the fund was distributed to grassroots venues in England and Wales, to save them from immediate closure once again ignoring the needs of the individual.

However, a further announcement on how the emergency funding would be allocated, due on Monday 5 October, has been delayed by a week for “additional due diligence”.

The situation remains dire for freelance individuals in the Music Industry.

A recent impact poll from The Musicians Union found that:

With the Government’s job retention schemes coming to an end:

They are urging people to write to their MP, as it is one of the best ways of making sure your voice is heard in decision-making. You can find out how to do this, using the details on The MU Website including their Musicians Union Template

The Chancellor @RishiSunak needs to stop this talk about people in the creative industries going on and doing something else. These are proper jobs in the fastest growing sector in the UK. The government needs to realise this – actors, artists, musicians are vital to our economy https://t.co/RSwTkgzzDx pic.twitter.com/Klc6TSo0z3

An earlier @itvnewspolitics tweet falsely suggested I thought people in arts should retrain and find other jobs.

I’m grateful they have now deleted that tweet. I care deeply about the arts which is why our £1.57bn culture package is one of the most generous in the world. https://t.co/raEXxXUMqx

Havok / 'Fear Campaign' is the song for now 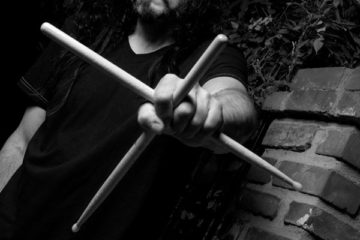