If you had the good fortune to catch the debut self-titled album seven years ago from Swedish Sludge / Doom Metal four piece Serpent Omega, or you enjoy a Heavy as Hell, sludgy, Doom-fest of a Metal album, then follow up ‘II’ is certainly something you will want to give some time and attention to. It is long overdue, but well worth the wait.

‘II’ is seven tracks and thirty-eight minutes, packed to the gunnels with “despair, hopelessness, fury and perhaps a glimmer of bloody triumph and distant hope in the inevitability of a new beginning.” Never more appropriate, than in our current times, all wrapped up in a crusty, mega Heavy layer of Metal.

Since the debut, there has been a minor line-up change with drummer Peter Stjärnvind (Pest, ex:Entombed, Nifelheim) joining original members; Urskogr, Tomas and Andreas. Stjärnvind’s whose drum work makes a remarkable impact on this album.

Beginning with the dark and ominous opening track ‘Orog Nuur’, which becomes more crushing as it progresses.

Immediately the vocal contrast is startlingly remarkable. A mix of the sharp and acerbic leads, with a backing harmony of more melodic and haunting cleans, stunningly powerful in their delivery and sitting well alongside the pummelling drum rhythms and crushingly heavy riffs.

Then there is the almost blackened burst of melodic riffing that emerges in the second half, a dark powerful and hauntingly moving track. 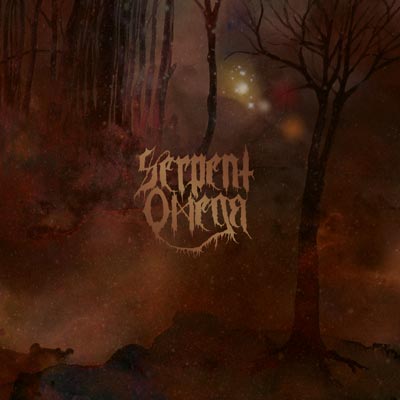 ‘Land of Darkness’ is dark and intense to open, the ever dominant drum work coursing it’s way beneath and here vocalist Urskogr delivers some of the most vitriolic vocals you could wish to hear. Balancing them with almost angelic cleans, the effect is moving, stunning and grippingly powerful.

I don’t say this lightly either, as I am a harsh judge of vocalists, but these made the hair stand up on the back of my neck.

I think they are that good.

‘Rivers of Riversed’ begins with a dark and pondering plod like pace, that feels ominous and unnerving, made doubly so when the hauntingly bleak melody arrives. Impacted by bass work that seems to mark every other ominous second as it ticks by, to powerfully sinister effect, and elevated by very intense blackened riffs and acerbic vocals. Midway, haunting cleans emerge, lifting the track to a new dimension. But don’t get comfortable, as they soon turn harsher and more vitriolic over the haunting dark and bleak melody.

There is a bass rich, pummelling opener to ‘Through the Gates’, an up-tempo offering that has an intriguing stop/start convolution to it’s construct, which leaves you guessing. It is short in duration, in comparison to most of the rest of the album, but just as fascinating to the ear.

‘Chthonic’ builds like some distant threat, working its haunting way towards you, taunting and tortuous in equal measures. With a mix of rasping and vitriolic vocals and jangling bass weaving amongst the riffs in an other-worldly manner, it culminates in some late second half leadwork and vocal layering, which adds extra texture to an already powerful and well layered track.

Initially punchy and up tempo ‘At the Mountain Edge’, with its rasping, vitriolic vocal delivery, drops away into a sludgy Doom rich pace with blackened mid-point riffing, building the track up again to a more haunting feel and with sublime lead bursts which fade into the rasping vitriolic vocals and accompanying riffs that follow.

Final track ‘Av Aska’ is somewhat different from the predecessors. It is more of an extended outro, except it is more than just that. An unnervingly ominous opening, with haunting echoing whispers and subtle bass and guitar notes amongst a building storm soundbite, make up the body of the track. There is also an unnerving spoken word, delivered in a male voice, which culminates in distant screams and echoes as it fades into nothingness…..

‘II’ is out on September 4th, via Icons Creating Evil Art.

It is an impressive and powerful album that is worth your attention.