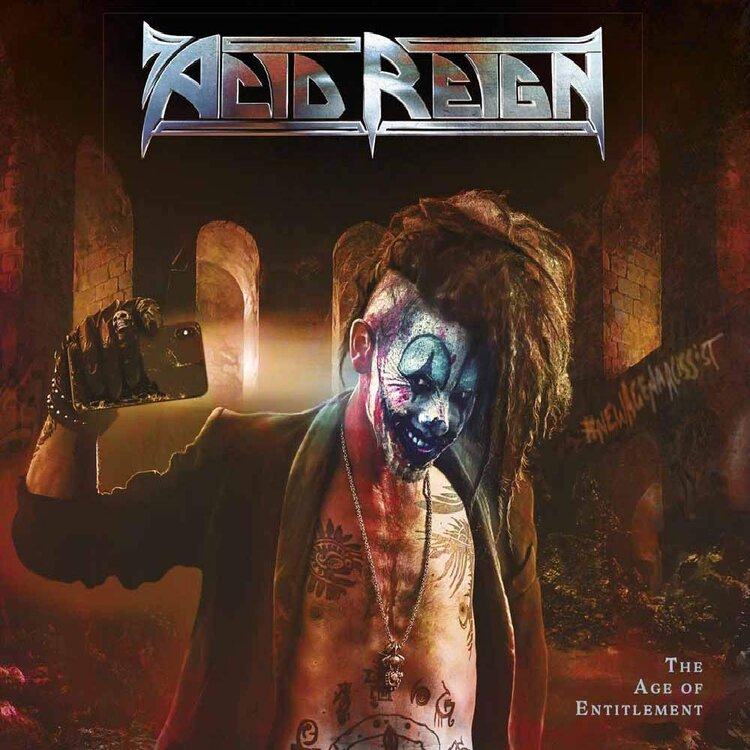 Last year seemed to be the year that bands that had kept their fans waiting forever for a new album finally got round to releasing one.

This album slipped under the radar, but not now!

Maybe you weren’t even born when Acid Reign first burst onto the then burgeoning UK thrash metal scene back in 1988 with their ‘Moshkinstein’ EP. Only 2 albums followed – 1989’s ‘The Fear’ and 1990’s ‘Obnoxious’, then the band split in 1991.

With only vocalist Howard ‘H’ Smith remaining from the original band, this version of Acid Reign is a reboot. ‘H’ has stated that while he is the only original member, the rest of the band have Acid Reign running through their DNA.

Maturity has served ‘H’ well. The humour that the American market didn’t quite get first time around from Acid Reign is still there, albeit more subtle and the aggression is most definitely still there. ‘H’ is sometimes literally spitting his lyrics with venom.

They have done a very punk-ish cover of Suzanne Vega’s ‘Blood Makes Noise’ which is simply fantastic.

‘#newageanarcissist’ certainly has the feel of the original Acid Reign, with added refinement, which just goes to prove that this reboot of Acid Reign still has a lot to say both lyrically and musically.

While this is NOT the original angry young men that released ‘Moshkinstein’ all those years ago, ‘The Age Of Entitlement’ is most definitely Acid Reign and they have been sorely missed.

Welcome back gents, it has been too long.

Previous articleFROM THE ABYSS: ASENBLUT ARE ON THE WILD HUNT WITH THEIR FOURTH STUDIO RELEASE ‘DIE WILDE JAGD’
Next articleFRONTIERS MUSIC RELEASE FREE ’20 FOR 2020′ DIGITAL DOWNLOAD