Originally released back in 2006, Rekuiem’s ‘Time Will Tell’ must have been one of the first albums to be recorded in cyberspace, with Karl Wilcox and Paul Parry over in California whilst Steve Slater and Gordon Denny were on the UK side of the pond.

Produced by Mark Stuart (Robert Plant, Magnum) along with Wilcox and Slater, this remastered version which includes the Japanese release bonus track, landed on my desk with an almighty thud of something akin to a slab of metal, which after more than a few spins, it most certainly is.

The opening church organ of ‘Nightmare’ sets the scene, before guitarist Steve Slater unleashes a riff borne from deep within the Black Country that depicts visions of iron foundries and steel mills, so much so, you can almost smell the acrid smoke being vomited skyward from huge brick chimneys…..a fine opener.

‘Wildfire’ has an early Queensryche feel to it, with the impressive former Tredegar vocalist Paul Parry asking the listener to “feel the steel breeze”, which one certainly can.

Regardless of the last track, it’s pretty clear where this West Midlands outfit main influences lie and the next track emphasises the point. ‘Sinners’ with its Halford-esque falsetto screams proving this metal acorn hasn’t fallen far from the Priest tree. 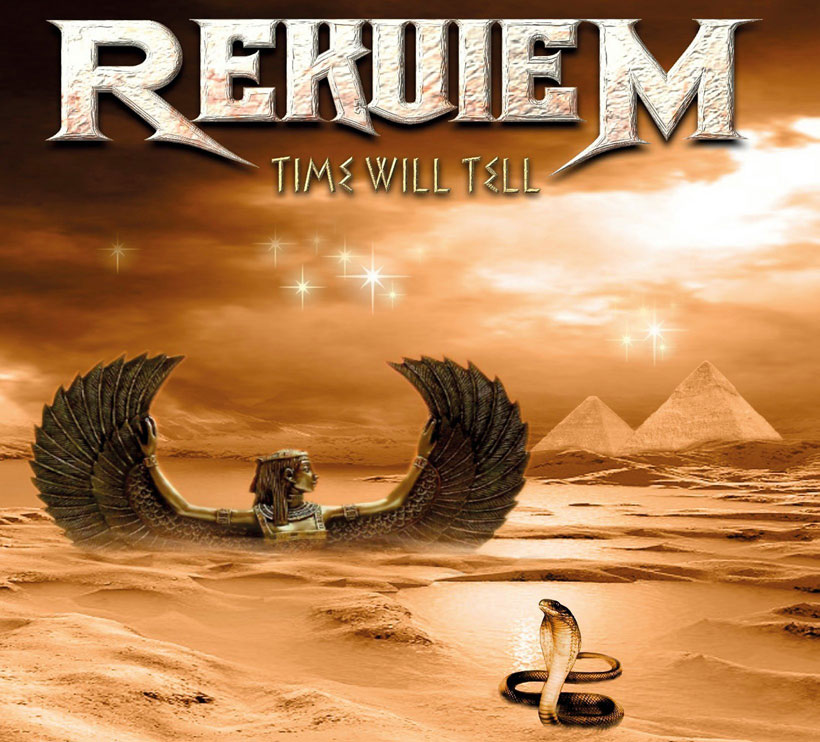 Title track ‘Time Will Tell’, once again showcasing Parry’s sublime tones, is a brooding gem of a song that sees drummer Karl Wilcox of Diamond Head fame, along with bassist Gordon Denny, driving the band on with Slater going from tasteful picking to all out shredding in the blink of an eye.

With the main character of the song unsure of his fate, Parry sings “I lay down, close my eyes and sigh, death transcended in the twinkling of an eye” and “why do I cry as I die, time will tell, do I die or go to hell”.

Arguably the song of the album, this is almost certainly the bands ‘Victim of Changes’.

The Albert Finney spoken word intro to ‘Werewolf’, is sampled from the film ‘Wolfen’ and quickly breaks into up-tempo riffage which sees Slater accompanied with a guest appearance by the Riff Lord himself Brian Tatler from the aforementioned Diamond Head.  This epic rollercoaster of a song weighs in at over eight minutes long and once again sees Wilcox keeping it on the rails like a freight train.

Now if you had asked me to name a classic song to cover on the album, then ‘Paranoid’ would probably be one of the last ones on my list, having heard it over-played a million times before. The thing is though, you haven’t heard it played quite like this.

With off kilter arrangements ending in a manic Ozzy type cackle, it quite simply works and is a fitting tribute to Sabbath.

Opening with the nursey rhyme ‘Ring-a Ring-a-Roses’, “a tishoo, a tishoo, we all fall down”, is quite apt given the current circumstances. Fading slowly into detuned heaven, ‘Black Death’ soon breaks out into a frenzied riff with Parry spitting “sneeze and you’re dead” and Wilcox battering his kit as if he stole it. Another gem not to be sneezed at!

‘In Your Keeping’ rocks along powerfully, with its cool line “I fear sleeping in Your Keeping”, the subject really should choose his company a little better!

‘Angel of Sin’ like its name suggests is a behemoth tempo changing riffathon that keeps going and going right to the end.

‘Sacrificial Wanderer’ is another long one, starting as a slow burner building to a crescendo before fading out in a whirlwind of guitars and drums which would have ended the album, but for the lovely people over at Dissonance Records who have decided to include ‘Death Row’, the extra bonus track previously only available in Japan for your aural delight and what a delight it is too.

This album could quite easily have been called ‘Riff After Riff After Muthafuckin’ Riff’ and it wouldn’t have breached the trade description act.

With a new album being recorded, hopefully Rekuiem will bring these songs and some new ones to a venue near you………Black Death permitting of course!