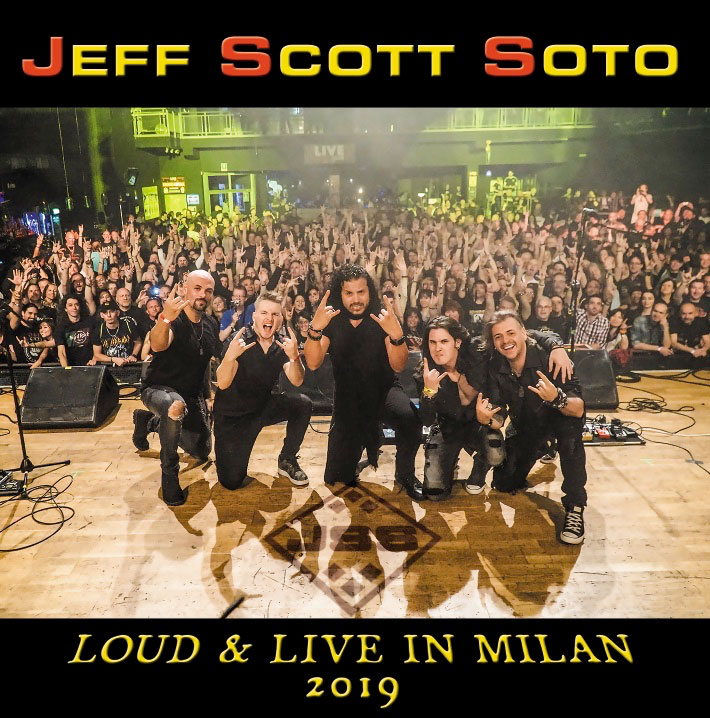 Recorded one year ago at the Frontiers Rock Festival in Milan, Jeff Scott Soto has issued an unexpected digital download of the performance under the banner ‘Live In Milan 2019’. The recording will also be released on a physical format later in the year as a bonus disc on Jeff’s forthcoming solo album.

This solo album, ‘Wide Awake (In My Dreamland)’, has been co-written and co-produced with producer Alessandro Del Vecchio.

The special one-off hour long live set saw Jeff present a fantastic overview of his solo career, including a treat towards the end where he called fellow singer and labelmate Dino Jelusick (Animal Drive, Trans-Siberian Orchestra) up from the audience to join him on stage for a fabulous spontaneous duet of the classic ‘Stand Up’ (from the cult movie, ‘Rock Star’).

You can hear ‘Eyes Of Love’ from the performance here: