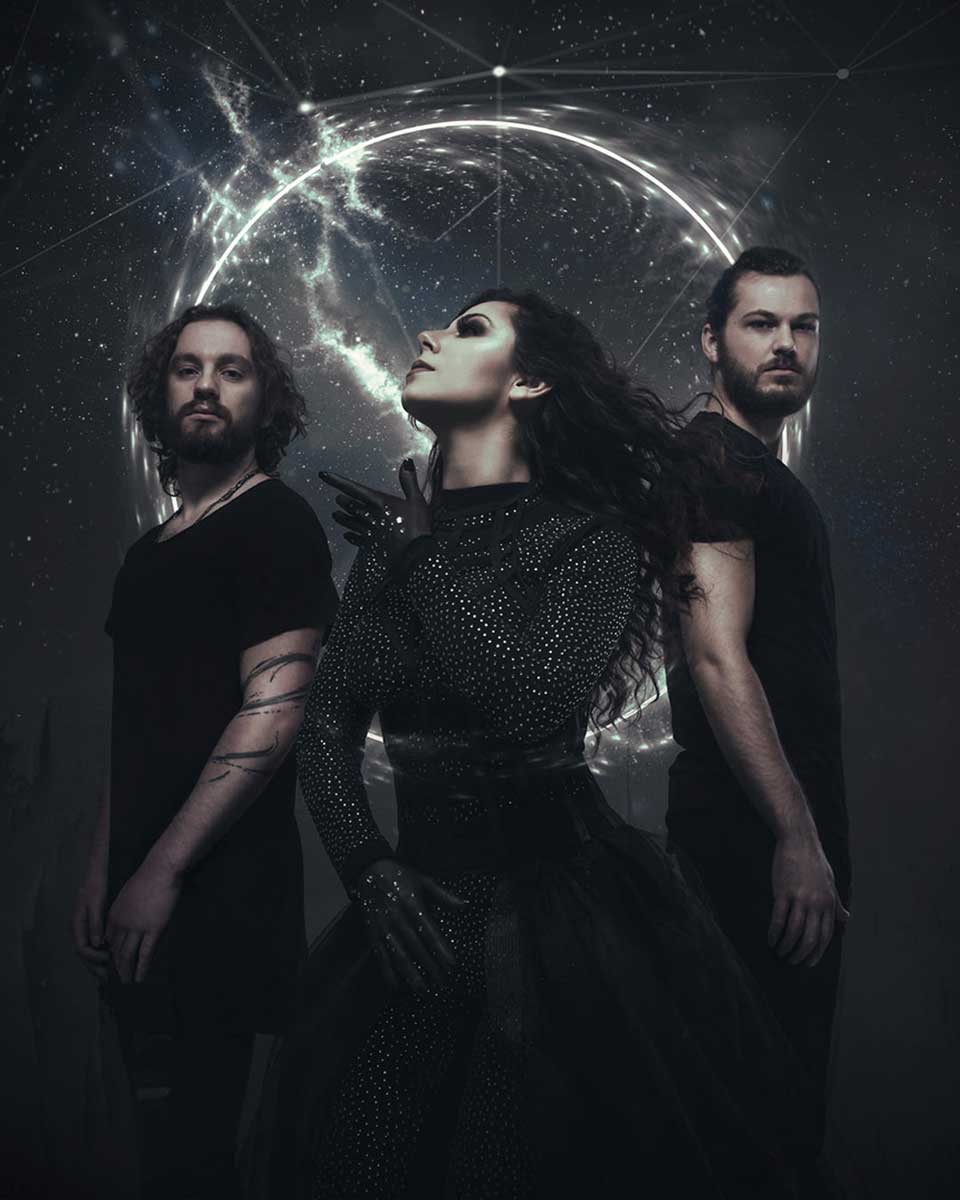 Multinational Metallers Phantom Elite were born from the ashes of ex After Forever man Sander Gommans’ HDK project. After releasing the superb, yet cruelly ignored ‘Serenades Of The Netherworld’, he looked at putting together a live band to perform the songs.

Working with Brazilian singer Marina La Toracca proved to be so productive that it led to a fully fledged band.

Phantom Elite’s debut album ‘Wastelands’, released in 2018, included new material and reworked HDK songs and was full of promise, but now, three years on, they are back with a new line up and an album of all new material in ‘Titanium’. 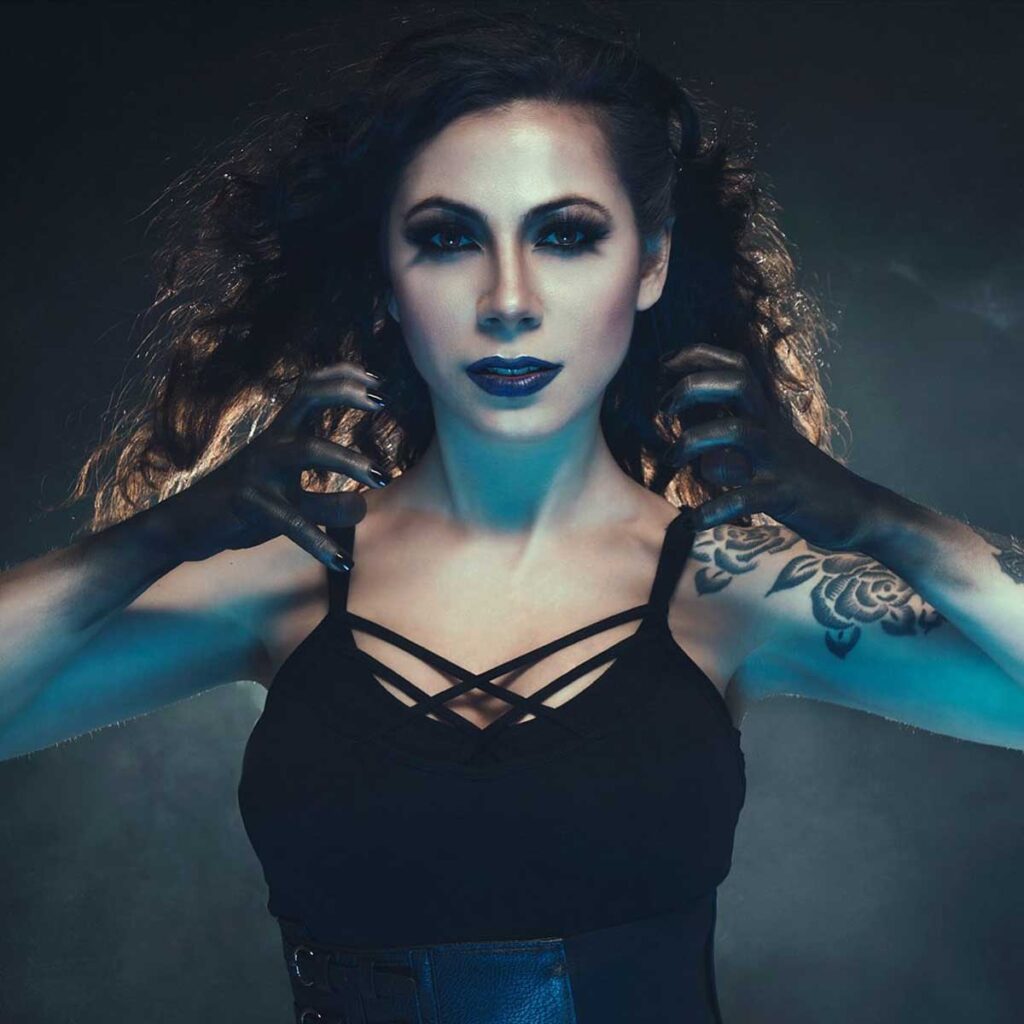 My first few listens to the album brought home to me just how difficult these guys are to pigeonhole into any particular Metal sub genre. There are elements of Power Metal here, tinges of Symphonic Metal there, switches of pace and vibe suggesting prog Metal. This is a melodic Metal smorgasbord and all the better for it.

Take the title track, which starts off with almost a thrash/prog Metal kind of vibe, then settles into a more dramatic marching kind of beat. They take it down to let Marina’s terrific vocals ease in, then there is a rollercoaster of rises and falls, those vocals reaching a crescendo over a powerful backing.

Just when you think you are at the chorus and know what is happening, the song gallops off in another direction before easing off for some superb soloing from Max van Esch, then gaining pace once more. Dropping again to let us hear Ms La Toracco at her most vulnerable, finally it builds to a memorable climax. Phew! That is just one song! 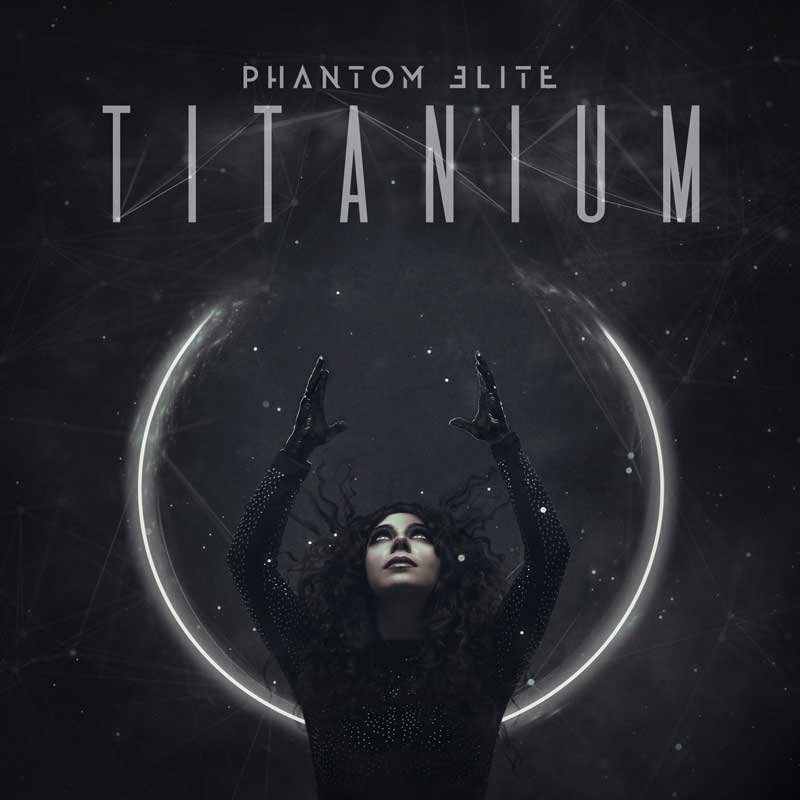 There is also the juxtaposition of meaty menacing riffs and melodic vocal runs in ‘The Race’ to savour, the smooth grooves and soaring harmonies of ‘Glass Crown’ and the surprising yet effective addition of guest Stef Rikken’s vocal screams on ‘Worst Part Of Me’, to contrast with the soaring voice of the band’s mercurial lead singer.

Sander Gommans’ production is spot on and everything sounds clearly defined, yet huge when the song requires it. As the gent is married to Amanda Somerville who works with Marina in Exit Eden, it would be a waste not to utilise her unique vocal talents, so there is a marvellous combination of both voices in the dramatic ‘Silver Lining’ and some excellent backing vocals adding depth to the insistent, urgent, ‘Eyes Wide Open’.

I think this might be a challenging album for some people to listen to. There is so much depth to the song writing and performances, so much going on and many of the songs take unexpected twists and turns. I think that is the beauty of ‘Titanium’ though.

So much strength underneath that shiny surface, each time you dip into it you will find something new.

This is a real leap forward from ‘Wastelands’ and shows that Marina La Toracco is ready to lead a big time Metal band, but one with their own unique twist.

Now if only we could get to see these songs performed live, that would really be something. Over to you Covid-19.