First formed in 2003, Bloodshot Dawn have evolved from a straight forward, groove orientated Death Metal band into a technically ferocious extreme Metal outfit. Hailed by Terrorizer as a band that delivers “blistering live shows”, Bloodshot Dawn have become a household name in the UK underground.

The band then went on to win the 2009 Metal To The Masses competition, playing at Bloodstock Open Air Festival with influential bands such as Carcass, Arch Enemy and Kreator.

Bloodshot Dawn supported the release of their 2011 ‘Slaves To The Lie’ EP with tour dates in the UK, including gigs with Vader, Krisiun, and Cerebral Bore.

Following on from the success of the EP, the critically acclaimed self-titled album received extremely positive feedback from the fans, reviews, interviews and radio play. Terrorizer cited the album as “a polished exercise in technical fury & unremitting brutality”, going on to say “what Bloodshot Dawn offer is something slick and streamlined without losing sight of the main goal: to smash your teeth in.”

The band went on to support Fleshgod Apocalypse on their ‘Agony UK/EIRE Tour’. During these tour dates Terrorizer magazine streamed Bloodshot Dawn’s debut album on their website. Shortly after this, Terrorizer distributed “Bloodshot Dawn” as a free CD with issue #221 of the magazine in support of raising further awareness of the band.

Later in 2012 Bloodshot Dawn played a packed out performance at ‘Bloodstock Open Air’ festival, the UK’s largest independent metal festival, as well as playing frequent shows around the UK including a full tour support to Death Metal legends, Decapitated.

Following the success of their debut album, Bloodshot Dawn entered Envy Studios in September 2012 to record a brand new single,”Theoktony”, between tour commitments. The single was released on October 26th 2012 with all proceeds in support of the Sophie Lancaster Foundation (www.sophielancasterfoundation.com)

Specialising in infectious, neck-snapping riffs, virtuoso solos and insane drums, they have been devastating venues all over the south of England throughout 2017. They arrived on the scene in late 2016 and have been turning the heads of fans and critics alike with their ultra-fast, ultra-sweaty live shows.

They won Metal 2 The Masses (Kent) in May of 2017 and appeared at Bloodstock Open Air that summer, before signing with Hostile Media.

Their debut E.P ‘Archaic Malevolence’ was released on December 8th 2017.

Becomes Astral are a progressive Death Metal band based out of Guelph, Ontario. Formed in the later months of 2013, they quickly got to work on releasing their debut EP, ‘The Mind’, which was released in October 2014 and recorded and mixed by Don Levasseur at Atlantic Studio.

After their debut release, Becomes Astral toured heavily for the following year, covering west coast Canada, and two Ontario and Quebec tours. Playing steadily since, Becomes Astral has made themselves a force to be reckoned with, allowing the band to sell out half of their last tour in Ontario.

In early 2016, Becomes Astral took a break from playing live to write a full-length record, and returned to shows in late 2016. In December 2016 the band entered The Grid Studios in Montreal, QC with Christian Donaldson of Cryptopsy as a producer and came out with a piece of music they are proud to call their own, ‘Paleblood Sky’.

RETRIBUTION ALIVE is supported by:

FROM THE ABYSS: VOICE OF RUIN TRAVERSE THE DARKNESS WITH 'ACHERON'

FROM THE ABYSS: MORTEM MAKE A LONG AWAITED RETURN WITH 'RAVNSVART' 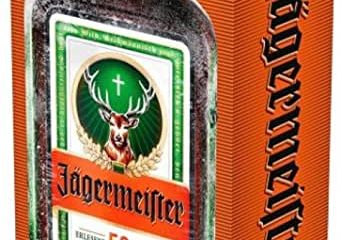