FROM THE ABYSS: MORTEM MAKE A LONG AWAITED RETURN WITH ‘RAVNSVART’ 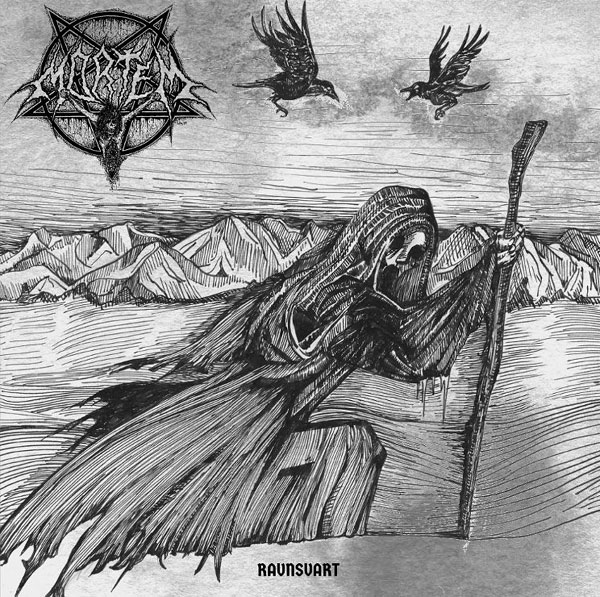 Mortem were originally formed by Marius Vold and Steinar Sverd Johnsen back in 1989, one of the first Black Metal bands to emerge onto the newly forming scene in Norway, releasing the rare, highly coveted and brutal ‘Slow Death’ demo on cassette, with Euronymous and Dead of Mayhem acting as producer and cover artist respectively.

Mortem was more or less put on hiatus after the release of ‘Slow Death’, with the members concentrating on their other bands, Arcturus and Thorns.

Thirty years on and a degree of nostalgia alongside a desire for something more brutal than Arcturus, although there are elements here that will put you in mind of Arcturus, drove that original duo of Marius on vocals and Steinar on guitar to pick up where they left off with Mortem and finally create that long-awaited debut full length album, ‘Ravnsvart’, joined again by Mayhem’s Hellhammer on drums and recruiting Tor Stavenes of 1349/Svart Lotus on bass. 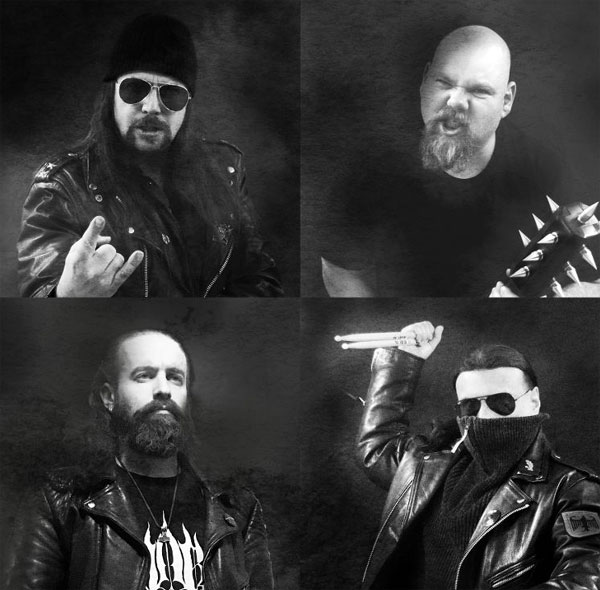 The eight track, forty-five minute ‘Ravnsvart’ possesses the same old school raw brutality and energy of ‘Slow Death’ but there’s that fresh modern vibe woven into it also. It’s eerie and atmospheric and superbly crafted. The balance between the subtly symphonic atmosphere and black brutality is perfect, the pace ebbs and flows between mid to fast in a very natural manner, keeping the album varied and interesting.

There are also a lot of punchy exhilarating moments, in fact there’s not an element about this release I can fault. Hellhammer’s drum work is, as always, superb, the riffing tight and intense, the lead work at times insane, particularly on ‘Demon Shadow’, bolstered by bass lines that lift the sound and the vocals are wonderfully acerbic and evil. Even when it comes to the more reflective segments which bring added balance and variance they have pitched it perfectly.

I’m not even going to pick a favourite track as it would be an insult to the rest of the album. It’s a flawless master class in Black Metal!

‘Ravnsvart’ will be released on Peaceville on 27th September as a CD, LP and digital download. Maybe thirty years ago the time wasn’t right for Mortem, but it is now and I think they are ready to step into a void left by some bands that should occupy the space but fall too short of the mark to do so. This is one of the best, if not the best, Black Metal albums I’ve heard this year!

Previous article
OCTOBER RETRIBUTION BRINGS BLOODSHOT DAWN, INFECTED DEAD, BECOMES ASTRAL AND TYRANNOS TO CAMDEN
Next article
VOLBEAT REWIND REPLAY AND REBOUND WITH ALL THE CLASSICS AND MORE IN GLASGOW