All female Serbian Melodic Death Metal quintet Nemesis are steadily taking the Metal scene by storm with their debut full length ‘The War Is On’, a ten track, thirty-eight-minute chunk of Death Metal that is as punchy as it is melodic.

Nemesis have played in Bulgaria, Slovenia, Romania, Croatia and Bosnia and Herzegovina before and were due to play in Hungary at the Rockmaraton Festival, before its Covid cancellation.

“To be honest metal bends in Serbia get almost no media recognition outside the portals run by music lovers and enthusiasts.

“It seem like the whole scene is run on passion and enthusiasm, but I guess that’s happening globally now, if we are not talking about the bigger names in the industry.

“It is easy to get a gig in bigger cities and for local bands it will always be a crowd of around 100 people. But many of the smaller towns don’t have clubs or places that will host a Metal band.”

Which makes it more impressive that the all-girl band have produced such a great quality album.

The band continue: “Our fellow musicians used to give us a hard time at our bands beginning. They were all skeptical if we can really play, but nowadays we are an equal part of the scene. Being a girl in the band, especially Metal band, has its good and bad sides.

“It would attract more audience and interest from the start but the tricky part is to keep the audience loyal and engaged.

“From time to time you will have to deal with the people that believe that girls are not supposed to be playing Metal, but overall it is a wonderful experience.”

‘The War Is On’ is a well delivered, creative and technically competent release. There are some superb emotive melodic bursts, as a well as a hard driving undercurrent of riffs and subtle groove.

My favourite part of the whole sound, if I’m honest, is the emergence of some great drum patterns and an application that emerges when needed, but receding when its presence needs to be less prominent.

Selena demonstrates a huge degree of both skill and control behind the drum kit, with her very organic style.

The vocals are delivered as a well-defined growl with enough brutality and rage to pack a punch, with clarity to the lyrical content, which addresses a lot of social issues; humanity, society and injustice.

While not my favourite lyrical topics, the lyricist has to run with what inspires her and it’s ambiguously delivered, so you don’t feel like views are being rammed down your throat.

Nemesis have a punchy, but accessible sound, with great range of moods and atmospheres across the tracks, three of which featured on their 2018 promo EP.

‘The War Is On’ is a consistent listen end to end. I couldn’t pinpoint any favourite tracks – if you like one you’ll like the lot.

The opening, punchy anthem ,’Wake Up’, has a catchy mix of riffs and second half leadwork which, although restrained, is hugely effective.

Then there’s ‘Uprising’ with its dominating heavy groove, and ‘Oppression’ which has a slightly exotic edge to the riffing.

‘Divine Retribution’ takes an interesting slant, with the addition of an operatic vocal wail in the background adding extra texture and ‘Living Dead People’ has some very powerful and emotive guitar work, with a very addictive repeat to the riffs and superbly emotive closing guitar work.

‘Savages’ has great drive and punch, a real addictive chugger that has a chorus you just want to shout along to.

‘Dead End’ has hauntingly emotive open leadwork that returns as a refrain over a rumble of riffs, which forms a powerful core to the track.

I love how the guitar work builds at the beginning of ‘Pandemonium’, then continues to weave amongst the vocals, panning out to a hefty chunk of second half leadwork and ‘Born Worthless’ has some subtle complexities in its construct.

Finally, album closer ‘The War Is On’ is a good track, with a bit of a Scandinavian feel to the riffs.

It is tricky for Serbian Metal bands to ply their trade all over Europe.

The band tell us: “We never have had the chance to play further abroad. There is a noticeable gap in living standard here compared to the countries of western Europe, so it is really challenging for our bands to tour there, since everything seems pretty expensive.

“But it is not impossible because from time to time two or three bands would gather and make a joint tour so they can cover all the expenses.”

‘The War Is On’ is a very decent first full length. This is a release that is definitely going to get a lot of listening time from me.

Out now on Grom Records 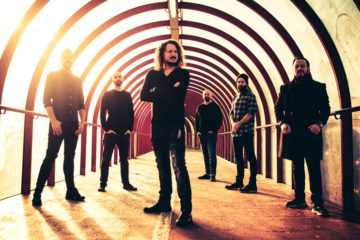