There is no doubt that Michael Alago has cemented his place in Heavy Metal history. Famed for spotting and signing Metallica to Elektra records in 1984, he was an instrumental part of their team. He worked with them as Record Company Executive for the ‘Master Of Puppets’ album and supported them as the Elektra A&R Heavy Metal Guy on their ride to astronomical success.

As well as the recent Netflix documentary, ‘Who The F*** Is That Guy’, Michael has released the book ‘I Am Michael Alago: Breathing Music | Signing Metallica | Beating Death’ and it is one of the best Metal autobiographies we have ever read.

In Episode Twelve of MetalTalk TV, Michael talks with Branden Oberkrieser about his life in music. From working at the famous Manhattan East Village bar CBGB’s and watching bands like The Ramones, to working at The Ritz with Jerry Brandt and witnessing the big Public Image Ltd fight on the night he booked the band.

From the early 80’s he worked at Elektra and Geffen, becoming the King Of Metal as he signed bands such as Metallica, Metal Church, Flotsam and Jetsam and White Zombie and went on to work with Dokken and, later George Lynch.

Michael was instrumental in Metallica’s success and he talks passionately about working with Metallica on their Master Of Puppets album and the devastating loss of Cliff Burton and how the band recovered from such as tragedy.

He speaks about how he scouted and signed Flotsam and Jetsam and identifying Jason Newsted and the Metallica bass successor. 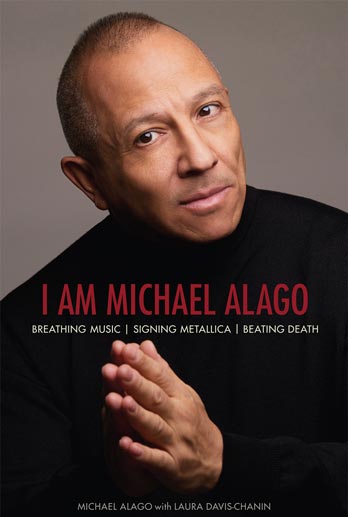 Michael also talks about his battles with AIDS, alcohol and drugs and how it is to be a gay man in the world.

All this and more is covered in his engrossing book, ‘I Am Michael Alago’, available from all booksellers.

It is truly a must read.

Interview / Don Dokken talks about the 'The Lost Songs: 78-81' and more