When most people hear the name Mr. Bungle, they think of eclectic, experimental Rock and not Thrash Metal. However, the origins of the band tell a different story, with their roots firmly planted in Heavy Music.

In fact, their first recording, a 1986 demo titled The Raging Wrath of the Easter Bunny, is proof of this.

However, the demo was never formally released and by the time the world got their self-titled debut album in 1991, Mr. Bungle had completed their musical transformation and incorporated many different styles such as Funk and Jazz into their Hard Rock sound. 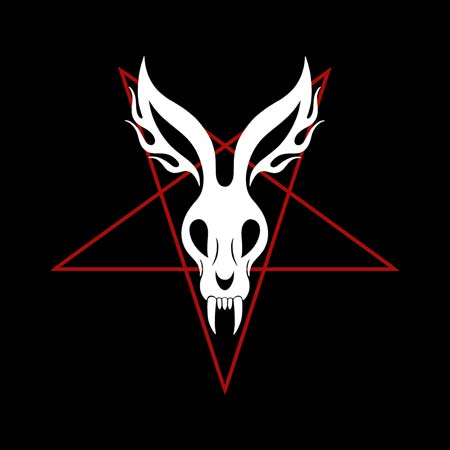 They have always been viewed as a band that was more Frank Zappa than Slayer, and rightfully so. Now however, in 2020, the history of the band has come full circle with the re-recording and first worldwide release of their 1986 demo.

Joining Mr. Bungle frontman and all around musical mastermind Mike Patton on ‘The Raging Wrath of the Easter Bunny Demo’, are original members, guitarist Trey Spruance and bassist Trevor Dunn.

The lineup is rounded out by two Thrash Metal legends in their own right, Anthrax guitarist Scott Ian, and former Slayer drummer and frequent Mike Patton collaborator Dave Lombardo.

Prior to the recording of this album, Mr.Bungle played a handful of reunion shows, during which the band played an entirely Metal setlist and featured zero of their most well known songs. In addition to playing this demo, the band covered songs by various Metal and hardcore bands such as Slayer, Corrosion Of Conformity and Cro-Mags.

These shows, despite receiving mixed reactions from the band’s own fanbase, set the stage for this rerecording of their earliest material.

Despite the different musical direction from their most well known work, there are hints that this is the same Mr. Bungle.

Beyond the recognizable vocals of Mike Patton, the sense of humor that we have come to know from the band on songs like ‘Squeeze Me Macaroni’ is firmly intact in all of its dark glory; even if oftentimes there is a serious message behind the sarcasm. The humor is obvious with even just a glance over some of the track titles that include ‘Anarchy Up Your Anus’, ‘Methematics’ and ‘Spreading the Thighs of Death’.

Beyond this though, you would be forgiven if you thought this was an entirely different band than what you heard on any of their previous studio recordings.

With all of that said though, if you are a fan of Thrash Metal, ‘The Raging Wrath of the Easter Bunny Demo’ is mandatory listening.

This is a slab of old school Thrash but with a modern production that thickens up it’s sonic assault. The band plays a super aggressive and tight set of songs that, with the exception of the mellow instrumental opening track ‘Grizzly Adams’, does not let up.

Put simply, this album is fast and brutal. If there is one criticism against this record, it is that at a running time of 57 minutes it runs on the long side; if you are not prepared for an album with little variety among its speed and fury, then you might think that is too long.

The performances and energy is what really makes this album an essential listen though. Mike Patton screams, growls and howls like a madman over punishing riffs that can change at a moment’s notice. The band plays like a tight knit group; you can tell the years of experience that Patton, Spruance and Dunn have playing with each other, while Ian and Lombardo fit perfectly into this mix, showing they are seasoned vets and masters of the Thrash Metal genre.

The performances sound like you are experiencing the band on one of their handful of reunion shows, with the amount of lively energy that oozes through on each song.

Scattered among the originals (a few of which were written at the same time as the original 1986 demo but not previously recorded) are a couple cover songs. While an argument can be made about the validity of their placement on this record and stretching out the runtime to just under an hour, the covers certainly fit in perfectly among the originals in terms of sound and energy.

‘Loss for Words’ by Corrosion Of Conformity is a fitting tribute to the original track while the other cover is quite unique in terms of arrangement. The band shortened their original ‘Hypocrites’ and created a medley with it and the Stormtroopers Of Death classic ‘Habla Espanol O Muere’ (S.O.D. also a band featuring Scott Ian).

This might not be the same sound that made them cult legends, and one of the most influential experimental Rock bands in history, but on this album their history comes full circle.

While its running time might be too much for some, others will likely wish there was more, or at least argue you can never have enough of a good thing.

And if you are a fan of Thrash Metal, then ‘The Raging Wrath Of The Easter Bunny Demo’ is a very good thing. 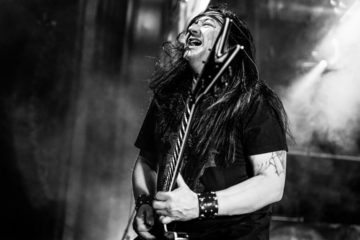