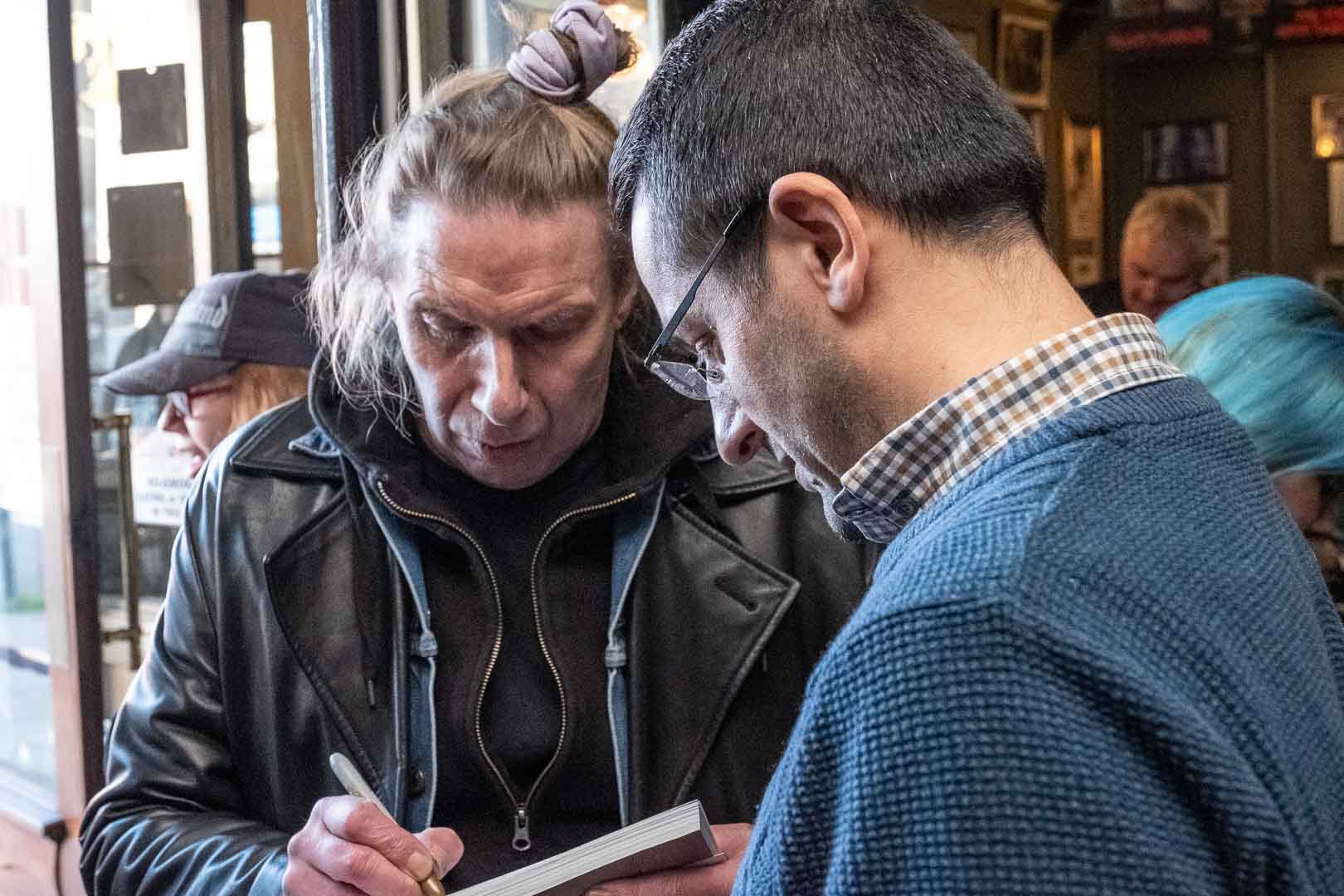 Legendary Iron Maiden crew member (1975-1986), lighting designer, pyromaniac and the original face of ‘Eddie’, Dave ‘Lights’ Beasley spoke to Andy Rawll for MetalTalk.Rocks about his time with the band at the special ‘Cart Day’ event earlier this year.

‘Cart Day’ welcomed original Iron Maiden frontman Paul Mario Day back to the East London venue that many call ‘the birthplace of Iron Maiden’, as it was where the first full gigs of Maiden took place in early 1976.

This special sold-out event was originally organised as a farewell party for the Paul Day, at the conclusion of what may be his final visit to the UK, having emigrated to Australia in 1986.

Paul joined both bands, performing covers of early Maiden classics, ‘Iron Maiden’ and ‘Wrathchild’, covers including Priest’s ‘Breaking The Law’ and SAHB’s ‘Faith Healer’ as well as fronting Airforce for a series of fine original songs.