Punk four-piece Dië Spanglë are Cornwall’s finest export and one of the few things we in Devon allow over the Tamar Bridge, although we charge them for the privilege. They just released their latest gem of an EP, Livë/Dië. The title is a clever play on words, which will become more apparent towards the end of my review.

Livë/Dië is a six-track live release, four older fan favourite tracks and two new gems, with a twist, as this release, like many, was born out of lockdown. 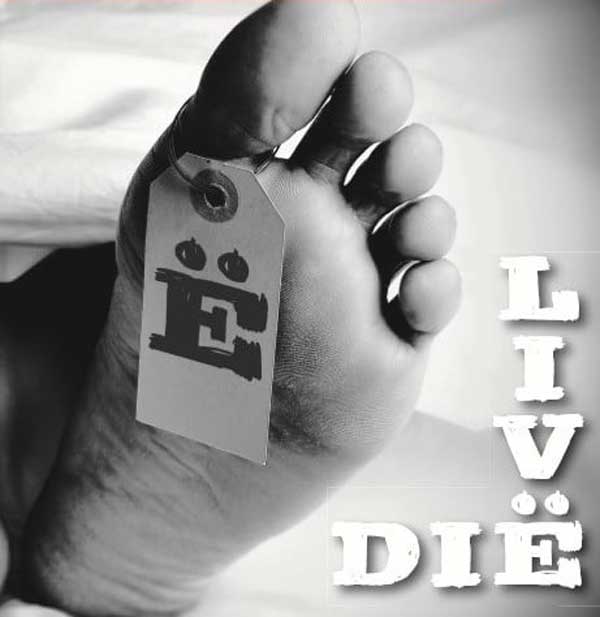 I spoke to bassist Paul Pond who explained that “Urban Rail Punks, Eastfield, do an annual fundraiser for Brook Farm Animal Sanctuary, called Off The Rails, usually held at the sanctuary but with COVID-19, it had to become an online, virtual event. We were offered a twenty-minute slot, which we recorded and streamed live from Mount’s Bay Academy, Penzance. It seemed too good to waste, so we decided to release it as a live EP.”

The tracks covered in the stream and subsequently, this EP include, Unitard, from their Permanent Vacation EP, a track which is a favourite with me. It’s catchy and subtly philosophical, taking a nostalgic but humorous look back at the golden days of wrestling, when the likes of Giant Haystacks and Big Daddy ruled the canvas, with lyrics commenting that “This is the way that war should be fought – two fat bastards on the World of Sport …… Unitard, Unitard, you’re so hard in a unitard…. Unitard, Unitard, you’re so hard in a unitard.” Irresistibly singalong! 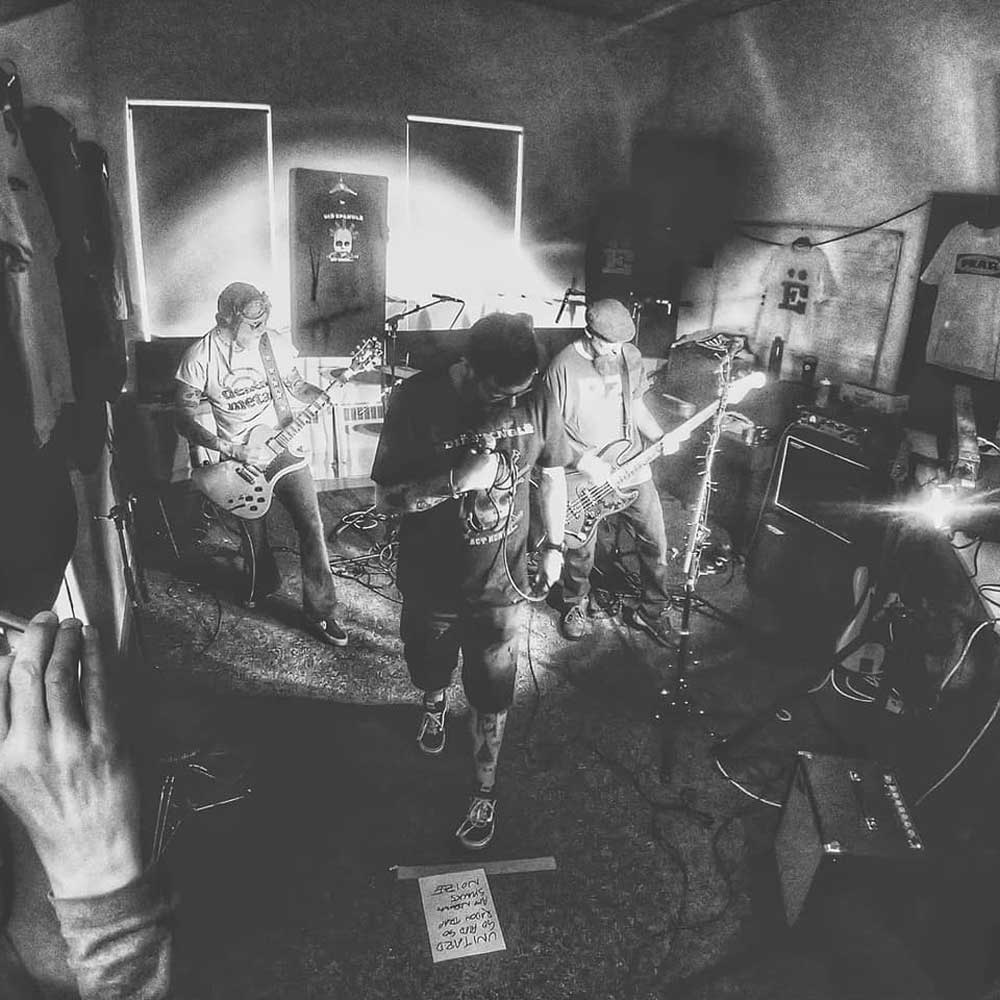 Next are two new tracks, Go Fred Go, a catchy, up-tempo, bittersweet number about a famous, departed celebrity steeplejack and former hero of Paul’s, lamenting on how heroes can turn out to be less than such, followed by Radon Trap.

Cornwall is pretty much a giant lump of granite, which gives off the natural radioactive gas Radon as the rocks decay. The song is inspired by the fact that three of the four band members live in granite houses, likening their home town to Chernobyl, with everyone glowing in the dark and having a hand growing out of their elbow. So it’s delivered with a witty twist.

Then, it’s back to those three older, hugely popular live tracks; Act Normal, from Friday Night Meat Raffle, about the perils of “‘shrooms”, Shark Attack (on Long Rock Beach), a secret ploy to keep tourists off Cornish beaches in my opinion, also from the Permanent Vacation EP, and the closing track that no Dië Spanglë live performance would be complete without, Noize Complaint.

Again from Friday Night Meat Raffle, Noize Complaint is where, in their defence, they claim they are “only playing loud to piss off the neighbours and to drown out your moaning”. It features very special guests on backing vocals, “The Cardiac Choir”, Chris, Nigel and Graham, heart attack survivors and close friends of the band. Given that the band, Paul explained, had lost a few friends to heart disease recently, so their presence served as both a triumph and a memorial, making this a particularly moving and powerful closing track.

As a live recording, I can’t fault Livë/Dië. The sound quality is excellent, and like all Dië Spanglë releases, it’s a great singalong offering full of catchy lyrics, catchy riffs and great bass lines, with the drum work popping through in a discreet but upbeat manner. It captures all the fun, energy and excitement of their live performances, and you can’t ask more than that. It’s highly recommended listening.

Livë session was recorded/filmed in May 2021 at Mounts Bay Academy Penzance by Darren Roberts and Robin Simpson and also features live show regular Sarah “the unicorn” and is available to watch below.

For every CD sold, Dië Spanglë will make a further donation to Brook Farm Animal Sanctuary. If you are interested, either contact the band via email, diespangle@gmail.com, or a PM via their Facebook page facebook.com/DieSpangle