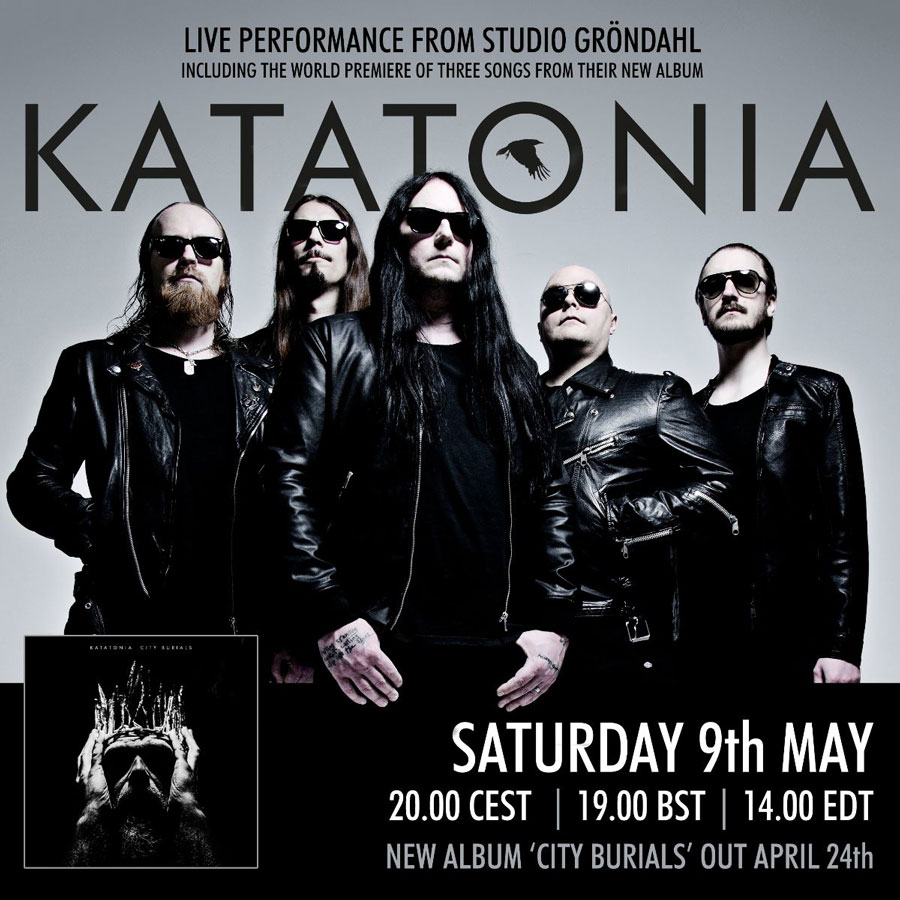 Katatonia’s new album ‘City Burials’ has just been released and the band have also shared the third single, ‘The Winter Of Our Passing’, from the album, along with a stunning animated video. The band have also confirmed they will perform a live show this Saturday (9 May) from Sweden’s Studio Grondahl.

To register your interest in the live show, you can purchase tickets from here.

There is an undeniable link between Opeth and Katatonia. Both are Swedish, both started as VERY heavy bands and ended up in the progressive rock genre and both are managed by Andy Farrow at Northern music.

Indeed, when Katatonia finish a new album, it has become customary for them to give an exclusive playback to Opeth frontman Mikael Åkerfeldt. ‘City Burials’ was no exception to that custom and I’m certain that Mikael had a grin as large as mine when he heard this album.

It’s been four years since we last heard a new album from Katatonia – 2016’s ‘The Fall Of Hearts’ – so has much changed?

Simply NO. We still have the same Katatonia that we have come to know and love. Never ones to knowingly write a cheerful song, that still remains BUT they do doom and gloom with such beauty and grace.

‘Heart Set To Divide’ welcomes us to ‘City Burials’ with a sparse keyboard intro and the wonderful voice of Jonas Renkse, before building momentum into the guitars of Anders Nyström and Roger Öjersson. The whole thing is like a welcoming log fire on a freezing cold day. 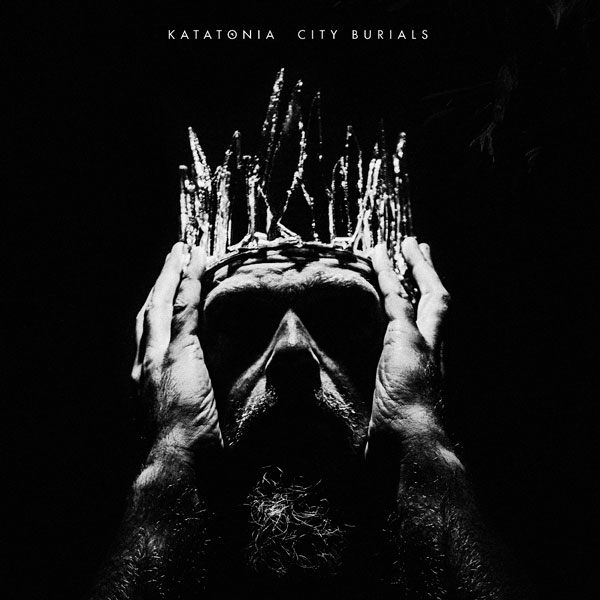 ‘Behind The Blood’ amps up the tempo somewhat with a more traditional Metal feel. They have never really lost their doom metal origins and are still a Metal band at heart.

Granted, there is more melody and time changes with Katatonia circa 2020, compared to Katatonia circa 1991, but the heart and soul remains the same. Those of you familiar with ‘The Fall Of Hearts’ might not see much change in the band at all.

For my ears, ‘City Burials’ is a more ‘album’ sounding piece. It has more of a flow to it than ‘The Fall Of Hearts’ had. We are taken on a journey with this album and that is what all true great albums should do.

Is this a great album? It probably will be! The album sounds better and better with each listen and it already sounded very good on my first listen.

‘Rein’ is a wonderful example of how Katatonia have embraced progressive Metal, and all in 4 minutes 20 seconds.

‘City Burials’ will most definitely be very high up in my end of year best of.

Previous articleAXL PAYS HUGE TRIBUTE TO BRIAN JOHNSON IN REVEALING BBC INTERVIEW WITH AC/DC
Next articleMARIO MAGLIERI, KING OF THE SUNSET STRIP, HAS PASSED AWAY AGED 93