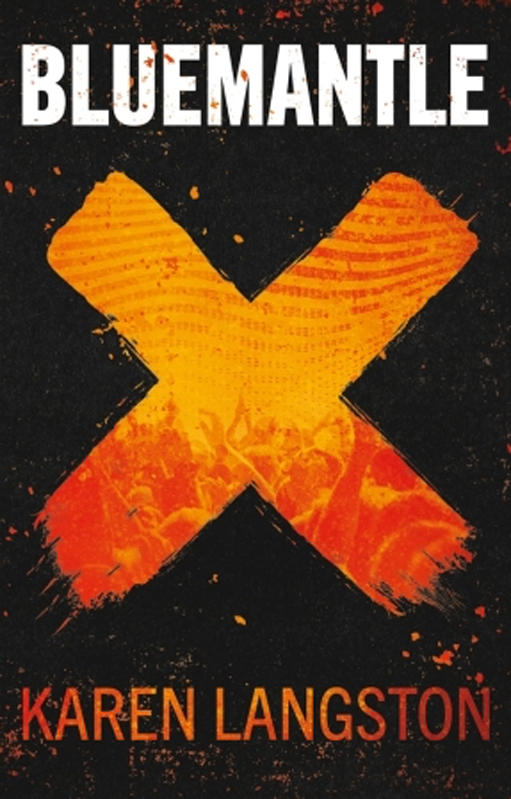 Heavy Metal fan Karen Langston will release her debut book ‘Bluemantle’ 28 March. It is a tale of a dystopian future, where Live music is deemed a threat to order and is forbidden by law.

Karen told MetalTalk: “I saw my two favourite bands, Haken and Caligula’s Horse, perform live in 2017. Both gigs were in intimate venues in London.

“The emotional rollercoaster, from the high of the gig to the deflated feeling the following day, knowing it was all over, was an experience I wanted to convey in a story. I also wanted to capture the ‘magic’ of those shows, but portray it as something real, physical, as opposed to metaphorical.

“Both bands have a loyal following of passionate fans. The atmosphere at their live shows, along with other gigs I have attended, leaves a powerful and lasting impression. It feels like an exchange has taken place between the crowd and the band.

“This notion of exchange and the sense of magic behind the transaction, was the inspiration for Bluemantle.”

The story revolves around the character Chase Newell, who discovering his sister is missing, searches through to the underground music scene, where its ageless Troubadours must risk their lives to perform in order to survive.

Set in the sun-scorched city of Wydeye, the totalitarian Authority controls its citizens through fear and cultivated dependence.