“We all started in a garage and we all sucked,” said Gary Hoey during the opening set of Rockin’ The Blues, a showcase of some of the best talent on the Provogue label, gratifyingly including a UK date.

Well they are still in a Garage tonight [17 March], and they – Gary, Lance Lopez, Quinn Sullivan and Eric Gales – most definitely don’t suck. Far from it.

Speaking to the four of them before the show, it’s clear that they have had a blast on this tour. The label is held in extremely high regard by the artists, and it’s a happy troupe.

“It’s been crazy, it’s been awesome, the whole show is a highlight,” says Eric Gales. “I think we’re all a bit sombre from coming to the end of it right now.

“It’s really great what Ed [Van Zijl, President of the label] has going on here, it’s a boost for the level of exposure for each one of us, as it pertains to our separate projects, and by the same token equally a boost to the exposure of the label and its magnitude and power that it has here in this industry and it’s really wonderful.”

Quinn Sullivan adds: “You can’t really ask for anything more than being on this tour with these great musicians. The most important thing is that you’re able to live with these people too for a couple of weeks. Eighteen people on a bus so it’s tight corners, but so far everybody’s been great, and easy to get along with.”

There are many stories about the horrors of record labels in the past, some of the good stuff lives on as Gary Hoey explains:

“All of us have been on major labels and back in the day I remember sitting in the office with the president of Warner Brothers listening to my demos, when they really cared about music and nurtured artists.

“After that period when Warner Brothers ended and everything shifted, it became almost like a cookie cutter industry where people were knocking out records and labels not really caring a lot about whether they were building their artist.

“This tour to me is super important because Ed really does love guitar music, he gets how to nurture an artist, and give them a chance to grow. He doesn’t say ‘if you don’t get a big hit you’re going to be out in six months’; he’s really helping us develop the future of where we’re going now and for me it almost feels like a new beginning, and I’ve been doing this for a long time.”

The tour is not done in revue style, but is a three hour long spectacular with individual sets from Gary, Quinn and Eric who each brought their own bands with them. Special guest Lance Lopez then joins Eric’s band before all four finish with a jam.

“I was asked to come along as a special guest, the tour was already in place, and being that my album, ‘Tell The Truth’, came out, Ed asked that I join Eric and showcase some of the new material,” explains Lance. This is a mouth-watering line-up even among the high standards of the blues.

Gary Hoey started proceedings, plying us with his trademark blues with a hard rock edge, and paying tribute to Lemmy in words and in his choice of shirt. Highlights included ‘Dust And Bones’, ‘Who’s Your Daddy’ and his amazing guitar version of ‘Hocus Pocus’.

Following his stint in Heavy Bones, Gary has kept to the solo work, but always retained that hard rock and Metal edge.

“I grew up on a lot of Metal. Black Sabbath was my biggest influence growing up,” he says. I gravitated back to the blues as I’m at a point in my life – I’m in my fifties now – and I want to do something I really feel like I can do until I’m seventy or eighty years old and this is something I can really grow into.

“The blues is the biggest challenge for me as an artist after twenty-two albums but I don’t wanna let go of my rock roots so ‘Dust And Bones’ was me trying to fuse the blues and the rock. I want to make sure I keep the rock.”

Gary is hardly ever in the UK so this was a real treat, and hopefully he’ll be persuaded to come back over more. In the meantime look out for his version of ‘The Nutcracker Suite’ coming soon, to add to his collection of holiday records.

Quinn Sullivan is starting to pull away from the pack of the young blues prodigies and it’s easy to see why. Just shy of his nineteenth birthday he’s already got a track record to envy. His third album, ‘Midnight Highway’, was released last year and has a contemporary, classy feel to it.

Technically his performance is near perfection, but it’s not dry or staid at all, it’s full of melodic fluidity and feeling, with songs like ‘Going’ showing maturity and crossover appeal.

“I don’t know if the blues really chose me,” Quinn muses before the gig. “I first heard that kind of music when I was introduced to Buddy Guy at Eric Clapton’s Crossroads Guitar Festival in 2004. Buddy Guy came out on stage and I immediately stopped doing what I was doing and focused in on what Buddy was doing.

“I think it was just the stage mannerisms and the way he presented himself on stage the way he was just so charismatic and his whole vibe is so electrifying and seeing that as a five/six-year-old kid at the time I was totally blown away.

“So that was my introduction, but blues wasn’t part of my life growing up when I was super young. My initial first influences were people like The Beatles, The Rolling Stones, The Grateful Dead and The Allman Brothers Band.

“I’m influenced not only by blues but by so many other types of music that I love to showcase and that’s part of who I am, that’s what it’s about but definitely it is the backbone to what I do.”

After this tour Quinn will hit the road again opening for his mentor Buddy Guy, before appearing at summer blues festivals before starting on a new record.

Eric Gales is a powerhouse live, and consistently blows audiences away. Tonight was no exception as he took to the stage declaring that he was “going to give a hundred thousand per cent in energy and passion”.

He wasn’t wrong. Starting with a traditional blues motif then taking us on a journey through the evolution of the blues as the riffs got harder and heavier. This was out of this world.

Eric had said earlier that he didn’t stick to a rigid setlist. “I have a whole spectrum of things I try to go back and forth from and through the course of the show.

“It’s more or less how I’m led in a particular moment – I call the song out and the band just follows along; it’s from night to night for me.”

Standing in the darkness watching a deconstruction of ‘Baby Please Don’t Leave Me’ it was hard to comprehend the magnitude of what we were seeing. This was maybe what people felt when they saw Hendrix for the first time.

There was a drum and bass solo after this, which going by the quality of Eric’s band was in all probability excellent, but I confess to taking none of it in, as I was still coming back down to earth after what had gone before.

It’s Lance’s turn in the spotlight now after making serious waves as part of Supersonic Blues Machine. He tells me:

“It was really cool to switch back and forth and I was recording both at the same time, so we were recording twenty hour days. We would record nine hours in the day Supersonic Blues Machine, have a long dinner break and then come back and record for the rest of the night until the early morning.

“The difference was that ‘Tell The Truth’ was more me from my heart than Supersonic Blues Machine, because it was a collective of different guitar players and a band, it had a totally different sound

“I’m on hiatus from Supersonic Blues Machine right now focusing on ‘Tell The Truth’ so I’m promoting this album and my band and hopefully we’ll bring my band over next time.”

These guys are welcome any time in whatever configuration they choose. As the four of them returned to the stage for the end jam we were treated to a celebration and tribute to Hendrix and Freddie King with ‘Red House’ and ‘Going Down’.

It’s been quite a night. Four very different guitarists with plenty of variety to the pace of the sets, it’s more of a mini festival than a gig.

With the quality and breadth of artists on the Provogue/Mascot Label Group there is potential for these events to be held regularly and that is a good thing, especially if they keep it as heavy as it was tonight.

You can hear tracks and opinion on the new Lance Lopez album, ‘Tell The Truth’, in the latest edition of MetalTalk’s album review show, You Spin Me Round, right here.

Lance streamed the above interview live on Facebook without Liz knowing about it, which we thought was absolutely hilarious. Here it is, as it happened. 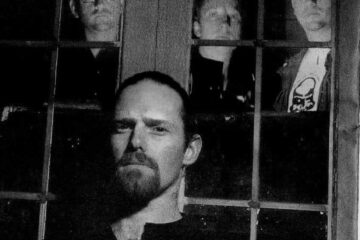