With a back catalogue which includes smash hits such as ‘Jane’, ‘Miracles’, ‘White Rabbit’, ‘Somebody to Love’, ‘Volunteers’, ‘We Built This City’, and ‘Nothing’s Gonna Stop Us Now’, the new EP shows that the band is still thriving and working to the same high standards all these years later. 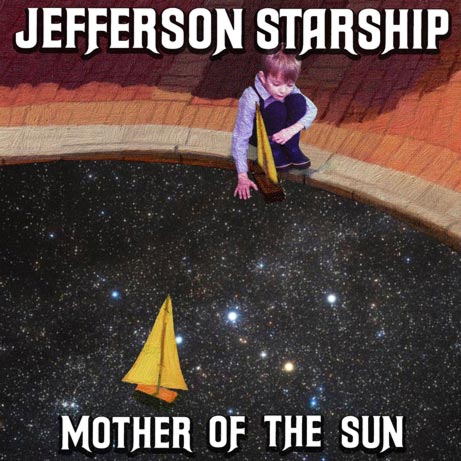 EP opener ‘Its About Time’ has been co-written with Grace Slick and the up-tempo track serves as a great reminder of the groove and drive of classic Jefferson Starship. The track works beautifully, setting the scene for the EP as a whole.

The powerful lyrical theme of ‘What Are We Waiting For’ is delivered in some style, with the band showing they are still able to take a lighter musical track and weave their magic to produce something with great foundation, meaning and passion.

Tracks such as this show that the band are still passionately trying to change the world and staying true to the original spirit of Jefferson Starship.

Through the excellent ballad ‘Setting Sun’ and the equally message filled opus ‘Runaway Again’ (“…This is a disease which has no remedy…”), this is Jefferson Starship at their poignant and moving best.

“We’re going to take a break and, as Paul Kantner would say, go search for FBI agents……” leads into the track ‘Embryonic Journey’, a sweet live guitar piece from Jude Gold.

Closing with the melancholic ‘Don’t Be Sad Anymore’ and the extended version of track two ‘What Are We Waiting For’, the former is a terrific piano and vocal moment, reminiscent of the great crooners of yesteryear.

Cathy Richardson told us earlier: “Paul Kantner was our bandleader and the visionary who kept Jefferson Starship going through so many eras.

“He inspired so much about this record, from the messages in the lyrics to the title and album art to the collaborative process of creating music as a band with some of his original muses – Grace, Marty, and Pete.

“Mother of the Sun is dedicated to PK.”

And a fine, moving tribute it is too.