Ashlands, an unsigned atmospheric Black Metal duo hailing from the middle of Italy (Foligno, Umbria) are soon to release the second part of their ongoing EP trilogy of EPs ‘Ashlands II.’ via Bandcampand today we can reveal the track ‘Mountain Augurs’.

Drawing inspiration from the music and high-fantasy storytelling of Masters of the epic craft such as Summoning and Caladan Broof, ‘Ashlands II’ promises to be straight-forward, Heavy Black Metal of the style which fans of Winterfylleth, Moonsorrow or Agalloch fans can appreciate.

The duo comprises of The Wanderer, who covers guitar/bass/keys and clean vocals and The Vanguard, a veteran of the Firbholg scene, who covers harsh vocals.

MetalTalk caught up with The Wanderer, who was brimming with enthusiasm about the current Metal scene in Italy: “There are a lot of good bands in Italy right now, pushing boundaries, both inside and outside of Black Metal.

“The Clearing Path, Juggernaut, Enisum and Voland, just to name a few off the top of my head; from our area, I follow closely Bloodtruth, Nulla+ and Folwark, they are all playing very interesting stuff!”

As Ashlands is currently a studio project, the COVID-19 situation has not directly affected them too much. But the same cannot be said for the wider Metal scene.

The Wanderer continues: “We as Ashlands, being a studio project at least for the time being, were only marginally affected by the pandemic, though the music scene in general and the venues have suffered greatly.

“Only now are we beginning to see the light again… providing there is not a second wave at the end of this wretched tunnel!” 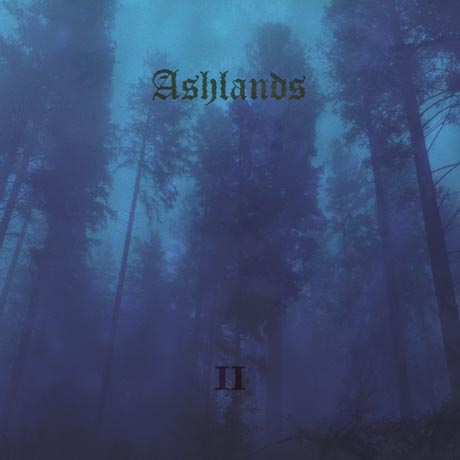 With the release of ‘Ashlands II’ next month, the story arc of The Travellers through the Amber Marsh continues.

The Wandered explains: “Hope seems to shine on it at first, though it soon reaches a very dark turning point. Tirelessly pursued by the fangs of war, The Travellers are lured towards the coastline in the hopes of finally finding peace and decide to try and make a break for it through the dreaded mountain range that surrounds the Shore Kingdoms.

“For many generations, no one had dared approach the alpine passes and cities of old. No one and for good reasons, ever since a lovecraftian race of primordial beings—the Augurs—had reawakened from their centuries-old slumber and ascended from the depths of the earth to reclaim their domain over the massif.

“Angered by the intrusion, the Augurs unleash a deadly tempest of snow and apocalyptic hallucinations upon the roamers, who ultimately meet their doom.

“And yet not all is lost.

“Their physical journey may be over, but a new, final odyssey opens up before them, just as they draw their last breath: a vision of the Ashlands, then of the giant slab of black lava in which the Gods carve the name of the righteous, never to deteriorate—thereby electing their souls to the ultimate journey across the mythical Great Opal Sea, to reunite with their loved ones, acquire a new empyrean body, and live a true, second mortal life in the Ethereal Lands beyond.”

You can see the lyrics video to ‘Mountain Augurs’ below and check out the duo on Bandcamp. 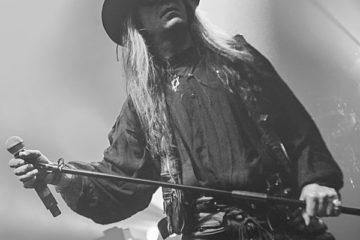