Texan pop-punk legends Bowling For Soup have always combined their music with their sense of humour, so nearly twenty five years on from when it all started they arrived in Edinburgh’s beautiful Usher Hall proclaiming to be&#xa0;”…older, fatter, but still the greatest ever!”.

First up in a three band bill are fellow Texans Not Ur Girlfrienz who immediately make all the veteran rock fans in the room like myself feel very old indeed. With two members aged fourteen and bass player Gigi Haynes all of twelve, they are inevitably full of youthful energy. What impressed me more was that on their first overseas tour and in a big hall slowly filling up they were bright and cheery and confident and it didn’t take the crowd long to warm to them.

Their high energy pop-rock style keeps toes tapping and heads nodding and by the time they finish, this likeable bunch of very young ladies have managed to make an impression a long way from home. You can see the potential that led&#xa0;BFS main man Jaret Reddick to take them under his wing. 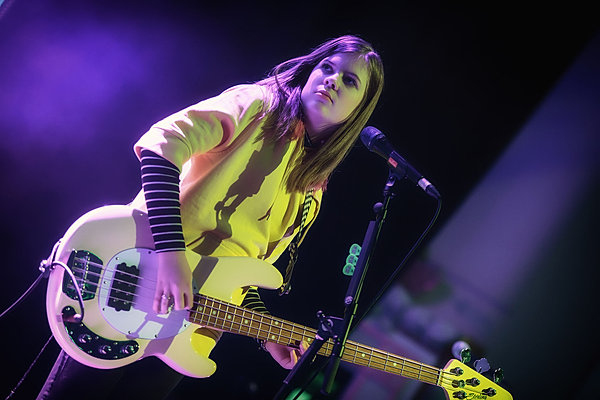 New York rockers Patent Pending are a lot more experienced than the trio that precede them but they manage to match them for energy. From the very start frontman Joe Ragosta is working the crowd to get them onside.

It’s a risky tactic berating the audience for their apathy at the start of a set but it was done with such good humour that it wasn’t long before everyone was a few steps closer forward and joining in with the singing and everything else.
Songs like ‘Hey Mario’ about gaming and the self deprecating ‘Douchebag’ are full of that high energy vibe they have and they certainly got the crowd on their side but I’m yet to be convinced about how many great tunes they have in their locker. 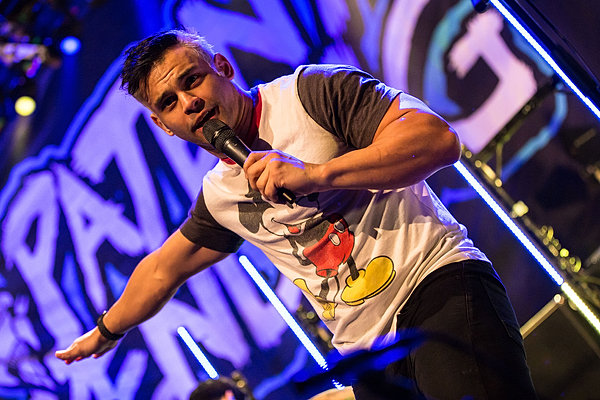 Bowling For Soup have always ploughed their own furrow and done things their own way. They have great song writing skills but manage to combine that with their own ribald sense of humour both lyrically and in their videos. This attitude extends into their live shows, and now a BFS gig is almost as much about the fun and chat as it is the music.

As it’s late November the theme this time is ‘Almost Christmas’, so we get Jaret Reddick arriving on stage with christmas tree lights on his hat, a pop-punk version of ‘Frosty The Snowman’ and a series of jokes and skits based around Wham’s ‘Last Christmas’ 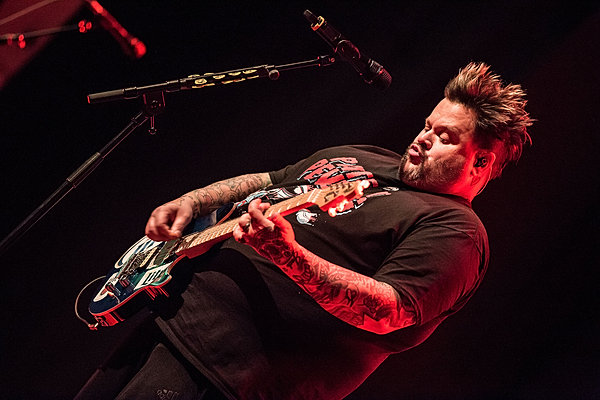 On top of all the christmas related jokes and fun there’s more typical live Soup humour, including guitarist Chris Burney showing us his man boobs, a long story about Jaret buying underwear in Primark and a eulogy being given for one of their four pyro machines at the front of the stage which spluttered and died mid-set.

A lot of the comedy on offer is very funny but there’s a lot of talking for a live music gig. There’s a reason they get away with it though. At just about any given moment they can just drop in a classic, memorable tune which has the crowd singing every word. ‘Almost’, ‘High School Never Ends’, ‘Girl All The Bad Guys Want’, all great tunes and instantly they go from having fun to being a tight, hard driving rock band with a crowd bellowing along with them.

‘1985’ might be a cover but the vibe and the lyrics fit Bowling For Soup perfectly and gives a joyous evening a suitably anthemic ending. A BFS gig isn’t quite like any other, but for laughs and good songs it’s hard to beat. 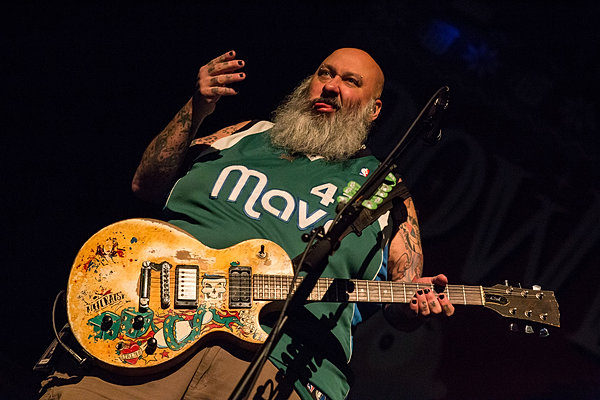 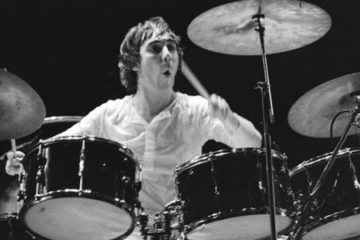