It’s business as usual as Nathan James answers his detractors in the best way possible – with a powerful demonstration of vocal virtuosity and brilliance, and a thriving Inglorious. Tonight is the largest headline show to date for the band, well-earned and pulled off in spectacular fashion.

The snow and freezing cold weather didn’t dampen any spirits tonight, and early arrivals to the venue were rewarded by more than just shelter as Blind River opened up proceedings with a bang. The five-piece played acoustically, but in their typical badass way. 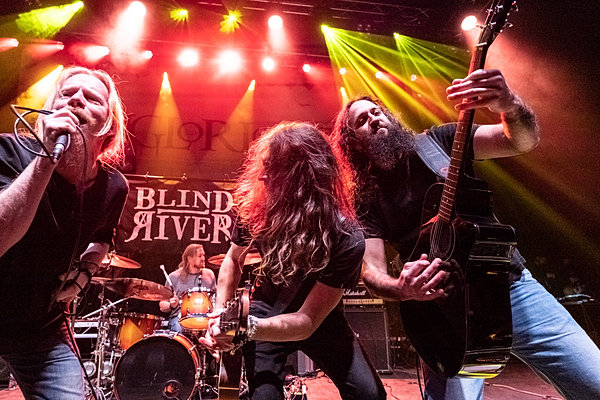 There was nothing delicate about the way they stormed through five tracks from their debut album, ending with a blistering ‘Can’t Sleep Sober’, which, as vocalist Harry Armstrong explained, did indeed “groove like a motherfucker”.

There has been an evolution in the Inglorious camp, not only from the new members on the stage. The vibe is darker, heavier, but not in a sombre way, quite the opposite in fact. Instead it’s rich in textures and layers and there’s a lot of substance here.< 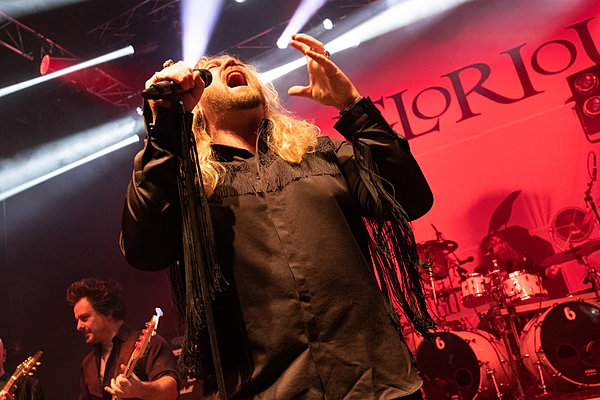 The band are all dressed in black, Nathan resplendent in tassels for the first half and sequins later on. Danny Dela Cruz is beautiful and Bolan-esque in fur and leather while Dan Stevens rocks lace and a mirrored jacket.

The intro music has changed from 2017s jaunty ‘Grandstand’ theme to a prowling remixed version of ‘Inglorious’ from the first album. The setlist is full of light and shade, it’s the heaviest I’ve seen them to date and I love it all. 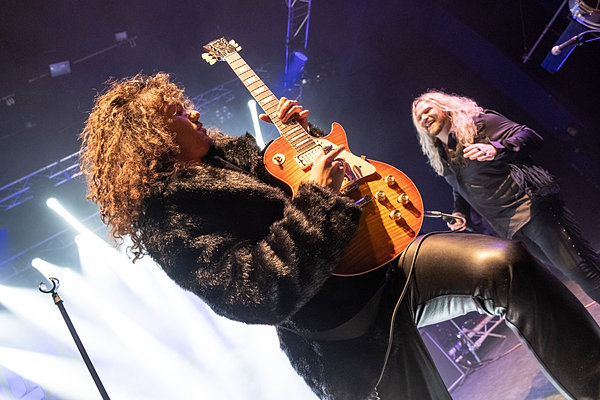 I’m not alone in this view either; the floor and Level 1 of the Empire are full and the response is glowing from first-timers and seasoned attendees alike – the fanbase looks to be both intact and growing.

Three albums in and there’s a wealth of material to choose from, different styles, different moods. You like high-octane urgency? ‘Breakaway’ and ‘Warning’ are for you. Prefer classic rock stylings up there with the best? No problem, here’s ‘I Don’t Need Your Loving’ and ‘Where Are You Now?’ You want heartfelt emotion? Try ‘Glory Days’ and ‘Faraway’ and if you are not yet moved, then check if you still have a pulse. 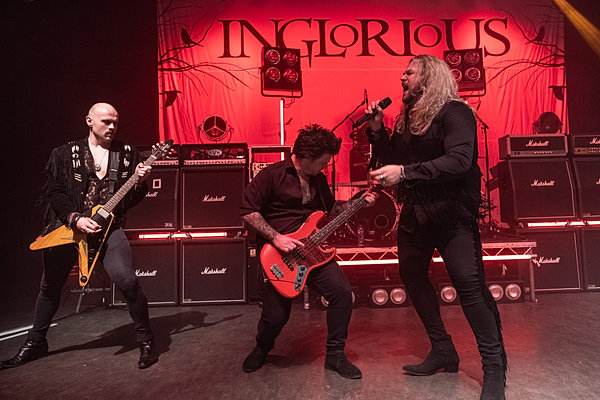 What about soulful magnificence? ‘Holy Water’ of course, and also set closer ‘I Don’t Know You’. It’s huge, it’s emotional, it’s epic, it’s just as much a highlight live as it is on the album.

The new album, ‘Ride To Nowhere’, is well-represented tonight by six songs, including the stunning title track. An unexpected addition to the setlist is a cover of Alanis Morissette’s ‘Uninvited’, beefed up and expanded from the original, sung passionately before taking off and soaring with the extended instrumental outro which showed us what this line-up are capable of. 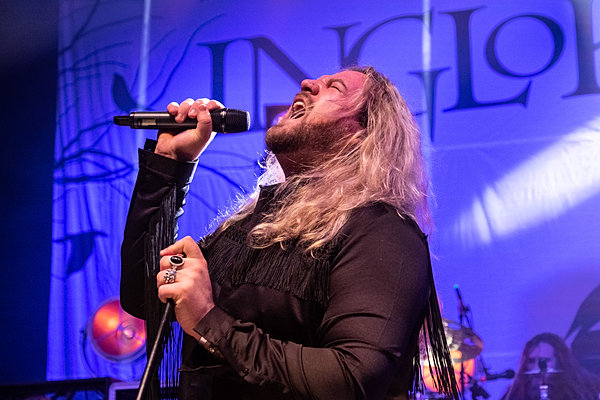 There’s nothing to disappoint here, barring an occasionally sludgy front of house sound which obscured some of the finer points of the mix. Performance-wise you would never have guessed that this was only the fourth gig this line-up has played, following the exodus of three members on the same day only a few weeks ago.

Nathan James owned the stage, Phil Beaver’s drumming remains mighty – Inglorious 2019 is a show worth seeing. New members Danny Dela Cruz, Dan Stevens and Vinnie Colla completely did justice to the music created by their predecessors and have really heightened anticipation for what is possible going forward. 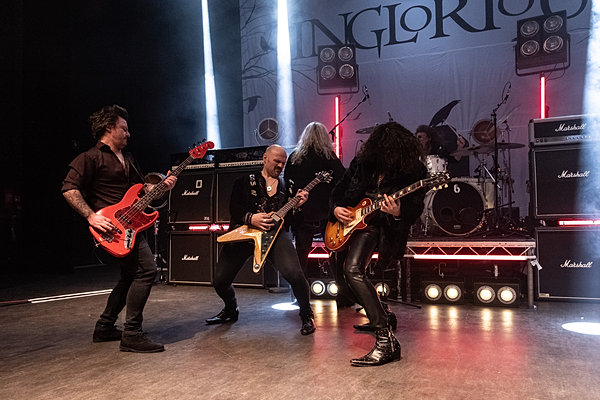 As you were. It could have been so different, but Inglorious remain the best and brightest of the new British rock bands.

Where Are You Now?

Read All About It

I Don’t Need Your Loving

I Don’t Know You

Remaining dates on the UK tour: 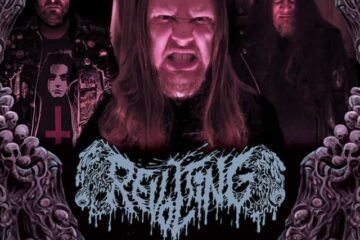