Music and Gaming. Gaming Software providers often utilise themes from movies and music while making casino games. At present, the rock music genre is popular among the current slot game themes. It has widely popular among people who are rock fans and the addition of this exciting, fiery and somewhat uplifting theme has seen great success at many casinos. There are a number of different rock-related slots also.

Mr Green Mobile Casino which can be downloaded from Mr Green iTunes site lets players gamble on games like Live Roulette while listening to their favourite Heavy Metal music on their iPhones.

Casinos tend to use music as a psychological tool as it can create a certain atmosphere or ambience, that could be the up-tempo, exhilarating and exciting, or more mellow, encouraging visitors to relax and play longer.

The most recently launched Metal Casino has created waves in the online casino gaming industry with its Heavy Metal themed site comprising of slot games featuring some of the well-known bands of the genre such as Megadeth, Guns N’ Roses and Motörhead.

With music being one of the lucrative industries it is no surprise that music is featured heavily in online casino games.

Impact of music on betting

Three investigators Dixon, Trigg and Griffiths published the outcome of an empirical investigation into music and gaming in 2007. They focused on the aspects such as the impact of no music, slow tempo music and fast music on 60 gamers playing Live Roulette.

It found that the betting speed increased while listening to high tempo music but found no link between music and the bet size or overall amount of money bet.

‘Train Of Consequences’ by Megadeth tackled the effects of gambling eye-to-eye by depicting how gambling affects the individuals and the world in general. The song’s subject was a welcome change from the typical exultation of vices seen earlier.

‘The Angel And The Gambler’ by Iron Maiden is a song that addresses a young addicted gambler who is looking to break free from his gambling habit but can’t do so as he is always dragged back to it.

‘Smoke On The Water’ by Deep Purple, though not inspired by gambling per se, was in response to a Frank Zappa concert which took place at a casino that burned to the ground. The song’s title is a tribute to what the band saw as the casino burned.

‘The Jack’ by AC/DC turned out to be a song that was directly inspired by gambling, more specifically by a card game where a girl wins with a jack every single time. ‘Ace Of Spades’ by Motörhead is probably the best-known Heavy Metal song about gambling ever, and talks about a man’s passion for gambling and how the risks of gambling make it appealing to him. 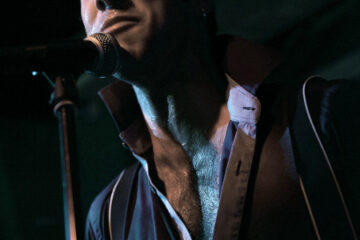