Metal female vocal supergroup Exit Eden caused a bit of a stir with the release of their debut album, ‘Rhapsodies In Black’, in 2017. They broke all the rules of Metal by coming together as a record company project, having four established, talented women up front and by focusing on taking pop and rock tunes and sprinkling them with symphonic Metal magic dust to create a Steinman-esque, melodramatic, bombastic and above all extremely enjoyable whole.

Live dates have been rare though, no doubt due to the busy careers of Amanda Somerville, Marina La Torraca, Anna Brunner and Clementine Delauney getting in the way, so the announcement of a headline show in the sleepy Dutch town of Lelystad got their fans, known to the band as the Exiles, making their travel plans. 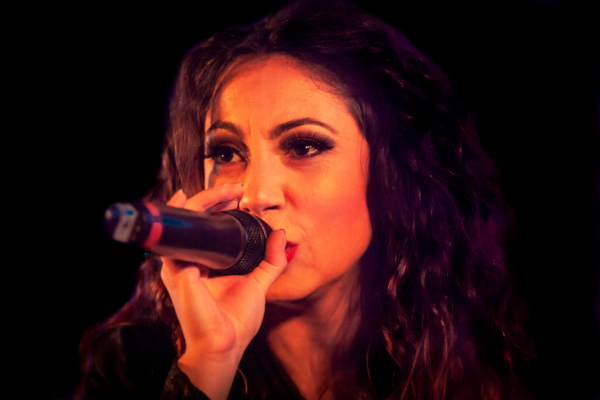 A packed house greeted support act Phantom Elite who feature a familiar figure out front in Exit Eden-ite Marina La Torraca. Pulling double duty, especially considering the way this fiery Brazilian attacks songs, is a brave move indeed, but opener ‘Revelation’ soon shows that she means business and intends to give it all she’s got.

The music of Phantom Elite is often chunky and muscular, but there’s a sophisticated edge which is especially visible on the complex ‘Every Man For Himself’. The band are as tight and dynamic as you’d expect but all eyes are on the lady up front who seems to have lungs that take up most of her body as she fires out some truly impressive vocals. 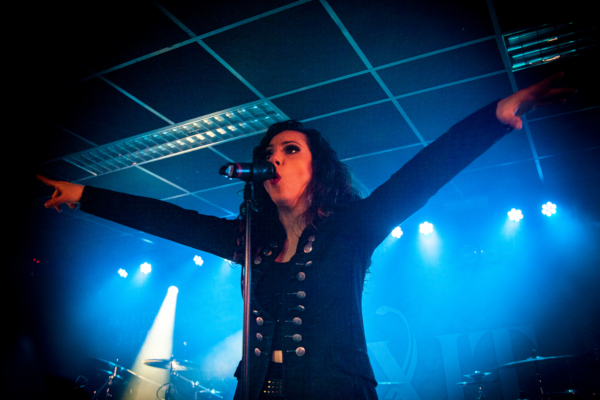 Everything is well received by an enthusiastic audience but as the memorable hooklines of ‘Siren’s Call’ end the set to a huge roar, you can feel the expectation in the room rise at what’s to come next.

It’s an ambitious thing to take four talented singers, each capable of commanding the centre of a stage and leading from the front and put them all in the same band. How do you share the spotlight around enough and make it work? Opener ‘Unfaithful’ showed the way immediately with Clementine showing her strong grasp of the song’s melody, then Anna showing what her rawer rock tones are capable of. Marina returned with a tweak to her look but no less fierce power and then Amanda Somerville made it four adding a presence and a depth of vocal that would stop anyone being unfaithful. 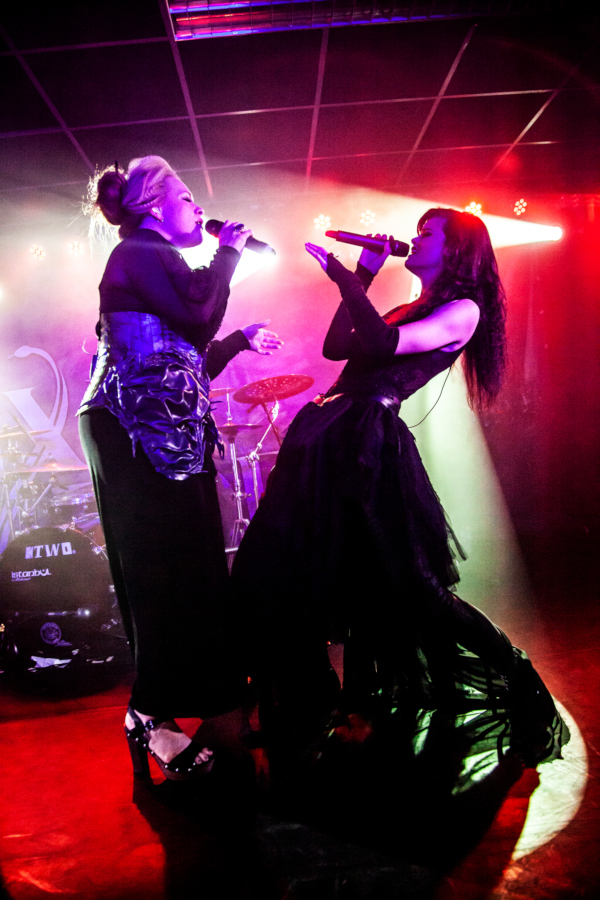 These may be cover songs but Exit Eden have taken the tunes and done a fantastic job of making them their own. Rihanna is the furthest thing from your mind during the opener and Visage’s ‘Fade To Grey’ becomes a muscular Metal masterpiece in these hands. Even the more lightweight vibes of Bryan Adams’ ‘Heaven’ take on an epic vibe in this setting.

The three musicians on stage are hugely accomplished and Kissin’ Dynamite’s Jim Muller on the guitar adds some tasty licks and solos as well as providing all the bombast that’s required in this company, but it’s the four ladies up front that inevitably dominate proceedings. They all have their time to shine individually such as Amanda’s lead vocal on a reverential ‘Total Eclipse Of The Heart’ and everyone taking turns through a Metallic Madonna’s ‘Frozen’. 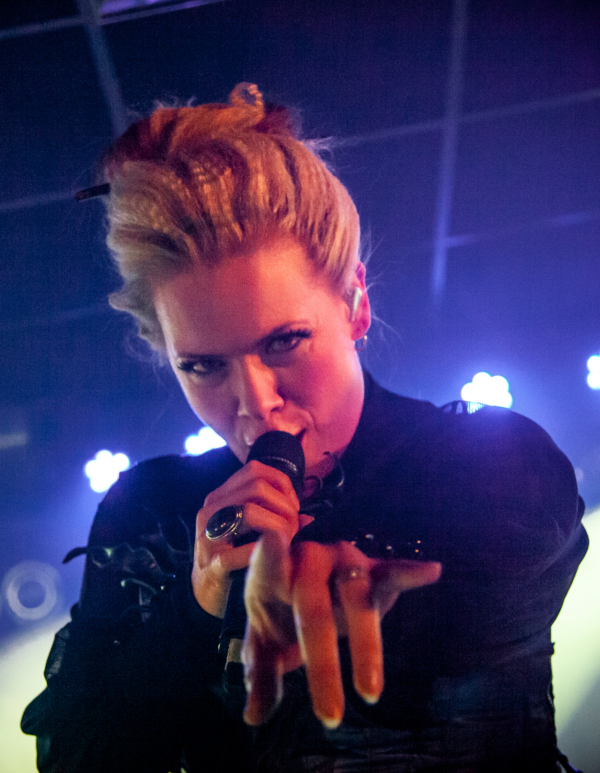 What really comes over from the stage though is that these four great talents are just having the best time performing together. There are smiles and looks and laughs through every tune and adding to that the roaring adulation of an audience including people from all over Europe and things developed into something very special indeed.

A killer cover of AC/DC’s ‘Thunderstruck’ was added in just for fun and had the place rocking, though I’d like to have heard the planned version of Priest’s ‘Painkiller’ which was removed from the set at the last minute. 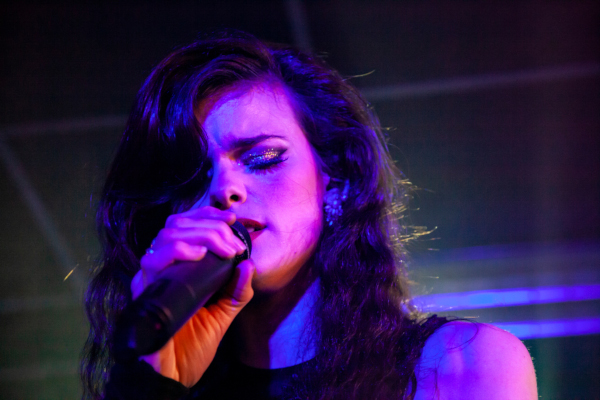 It was the tunes from that rousing, debut album that mattered most though and everyone on stage and off roared along to ‘Question Of Time’ and ‘Paparazzi’ and soaked in the grandiose splendour of the Exit Eden take on Adele’s ‘Skyfall’.

This all too rare gig was an absolute triumph, a hugely joyful occasion bringing together a band and their fans in a mutual support fest covering ground from Ms Somerville’s touching tribute to a recently deceased friend to horns pumping, lung busting , exhilarating symphonic Metal which was impossible to resist.

A second Exit Eden album is on the way and on the back of that they need to do more gigs like this – the Exiles demand it and their numbers are growing.